Grab Em’ By the Data

Thousands of protesters attend the March for Science. 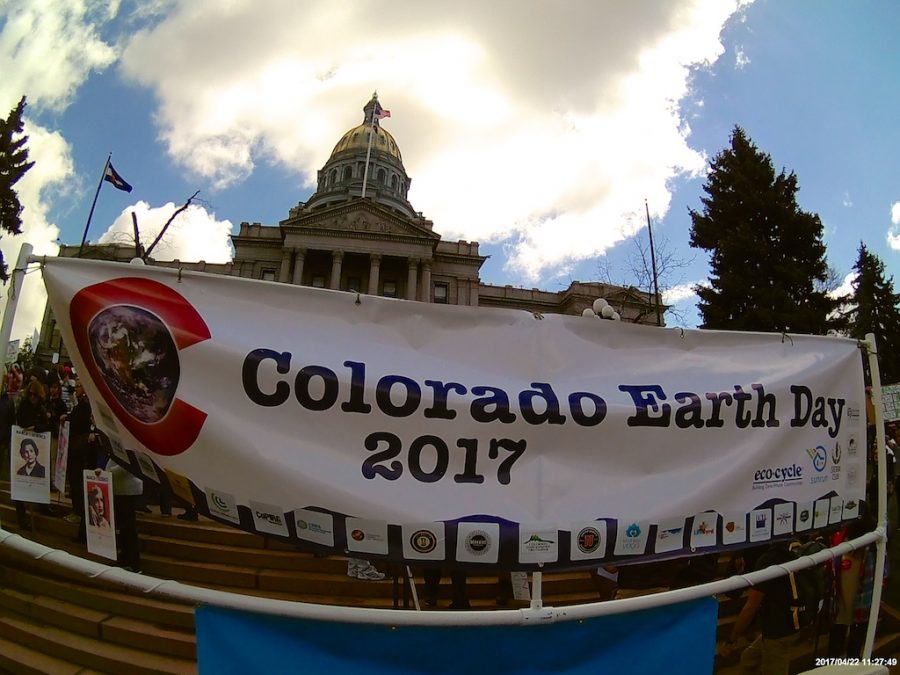 Perhaps it was the summery weather, or maybe the sassy signage, but I had never seen so many smiling faces at a protest before.  Marchers enjoyed a beautiful Earth Day in Denver as they traveled throughout downtown and around the state capitol.

“This isn’t just a climate change march,” one of my co-protesters commented, “Science is literally everything.” That was made abundantly clear with the dozens of booths displaying information about air quality control, STEM education in inner city schools, solar power, Humanism in Jefferson County, sleep study trials, Dinosaur Ridge fossils, recycling, beekeeping, and so on.

Signs covered the landscape, as did some costumes and a fair amount of installation art.  One such piece was a giant inflatable sculpture of the Statue of Liberty’s torch.  Roughly the size of a double-decker bus, it was created by the Denver-based art group BAAM, or Build Art and Make (the world you want).

Led by internationally acclaimed artist, Nicole Banowetz, she and her group carried the inflatable torch while chanting protests such as, “Grab ’em by the data!” and “Science, not silence!” along with my personal favorite, “The oceans are rising and so are we!”

Banowetz started BAAM after sensing that others like her wanted to create an art piece that made a social and effective impact.  The liberty torch was chosen as an enduring symbol that could fit any protest that had been occurring since the last presidential election.  Drawing attention from many people passing by, the Denver March for Science was the sculpture’s debut performance.

Witnessing all the posted causes and issues, you can’t help but feel encompassed by the breadth of it all. How are you not constantly aware 24/7 that science dictates your daily living? Perhaps it’s like blinking and breathing; so commonplace and automatic, you need not think about it.

Amongst creativity, chants, and music, it was easy to forget for a (brief) moment that there are still some serious issues at hand.

“I’m scared for people going through it now,” Melanie Stachelski, a Colorado Counseling therapist, commenting on patients suffering cancer without the aid of health insurance or medical research.  Having gone through leukemia treatment years ago, Stachelski is grateful for the scientific interventions in her life.

“It’s the most science-fiction thing,” she recalled on her past therapy, describing how you can borrow someone else’s immune system to treat your own illness.

With federal budget cuts to the EPA, and hiring freezes on health researchers, our very livelihood is threatened by ignorance and wasted opportunities. As a protester, it’s sometimes hard to weigh the impact of your message, or pinpoint if there was one at all.  I try to compensate by counting small ‘wins’ with each event. Here are few of mine:

-I learned more about our local representatives, and even wrote a letter to one about air quality affecting lung health.

-I saw A LOT of families attend the march, including young girls holding “future scientist” signs. There was big focus on STEM education for all ages. It made me happy to see families cultivate their children in this environment.

-There was a wealth of scientific innovation being presented at the march, which encourages me to believe that there are always problem solvers.  One such group was Sunrun, a solar panel company that spoke towards the end of the march.

Science and creativity meet about here: BAAM! Make it what you want. Every artist and scientist started innovation by trying to solve a problem, or to pursue a curiosity.

I tend to disagree when people categorize themselves as only ‘left or right brained,’ as if your only two options are to be logically or creatively inclined. Generally we’re a mix of the two; Albert Einstein was described as a dreamer because he imagined himself chasing beams of light throughout space, Da Vinci utilized the golden ratio to create his masterpieces.

Hopefully you will also feel emboldened to BAAM and pursue your own curiosity. In case you’re eager to check out future science related marches, the People’s Climate Change March is happening this weekend.