Ballot Measure 4B: Culture for All 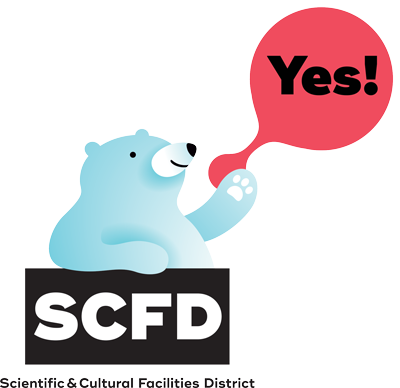 In 1989, a bill was passed in Colorado, allowing the Scientific and Cultural Facilities District (SCFD) to distribute funds from a 0.1 percent sales tax to fund cultural facilities in the Denver metropolitan area.

The SCFD website states that “[t]he funds support cultural facilities whose primary purpose is to enlighten and entertain the public through the production, presentation, exhibition, advancement and preservation of art, music, theatre, dance, zoology, botany, natural history and cultural history.”

Ballot issue 4B would reauthorize this 0.1 percent sales tax, which is currently set to expire in 2018, extending it until 2030.

The SCFD supports popular organizations like The Denver Zoo, Museum of Nature and Science, Denver Art Museum, Denver Center for Performing Arts (DCPA), and the Denver Botanic Gardens, as well as more than 250 mid-sized and smaller arts nonprofits, one of which being our very own Town Hall Arts Center in downtown Littleton. Attendance at these vital cultural establishments, particularly the DCPA, has grown exponentially since SCFD was first put into action and will decline quickly if the SCFD tax expires.

Like every issue on the ballot, there are two sides, though this issue isn’t nearly as heavily disputed as the others. Supporters are in favor of extending the tax, stating that the SCFD currently distributes almost $54.3 million to organizations, both for profit and nonprofit. Per the Colorado Business Committee for the Arts, this tax has generated $1.8 billion in economic activity, created over 10,700 jobs, and brought $520 million in spending by tourists. It also allows for the cultural facilities to offer more than 100 free admission days to the public each year. Reauthorizing this tax allows for organizations to continue to receive funding, and will enable cultural appreciation and learning to thrive in Denver.

Opponents argue that the tax has the potential to encourage arts patrons to stop investing because the government is already doing it for them, resulting in a long-term negative effect on arts funding. According to Jon Caldara, the president of the Independence Institute and opponent of the SCFD tax, the SCFD also opens the door to allowing the state determine what is considered “art”.

While those points are valid, the positive effects drastically outweigh the potential negative effects and allows our community to become more well-rounded and, overall, more knowledgeable.

Give it an encore! Vote yes on ballot issue 4B and support culture for all.