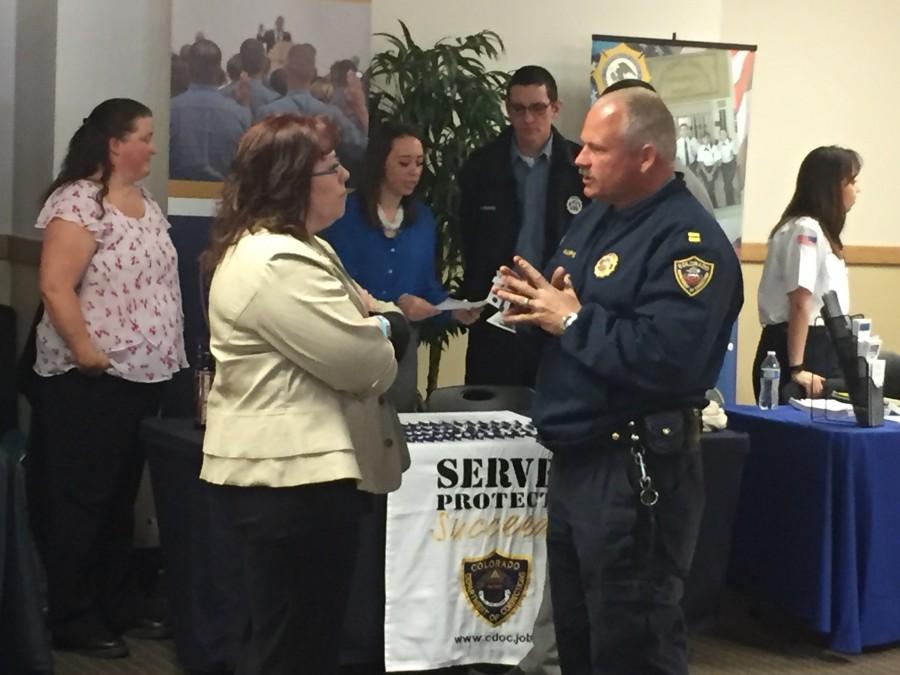 The early nine o’clock start did not deter motivated individuals to learn and apply themselves to the various Law Enforcement opportunities available. All were invited to this free event, and students, friends and family were enjoying the opportunity given to them by ACC’s Law Enforcement Academy, and criminal justice department.

ACC’s Summit Room looked like a fully operational police station Wednesday, March 30, as dozens of uniformed officers were representing their jurisdiction.There were also several plain clothed officers and other private companies present, and all were happy to field any questions about their profession. 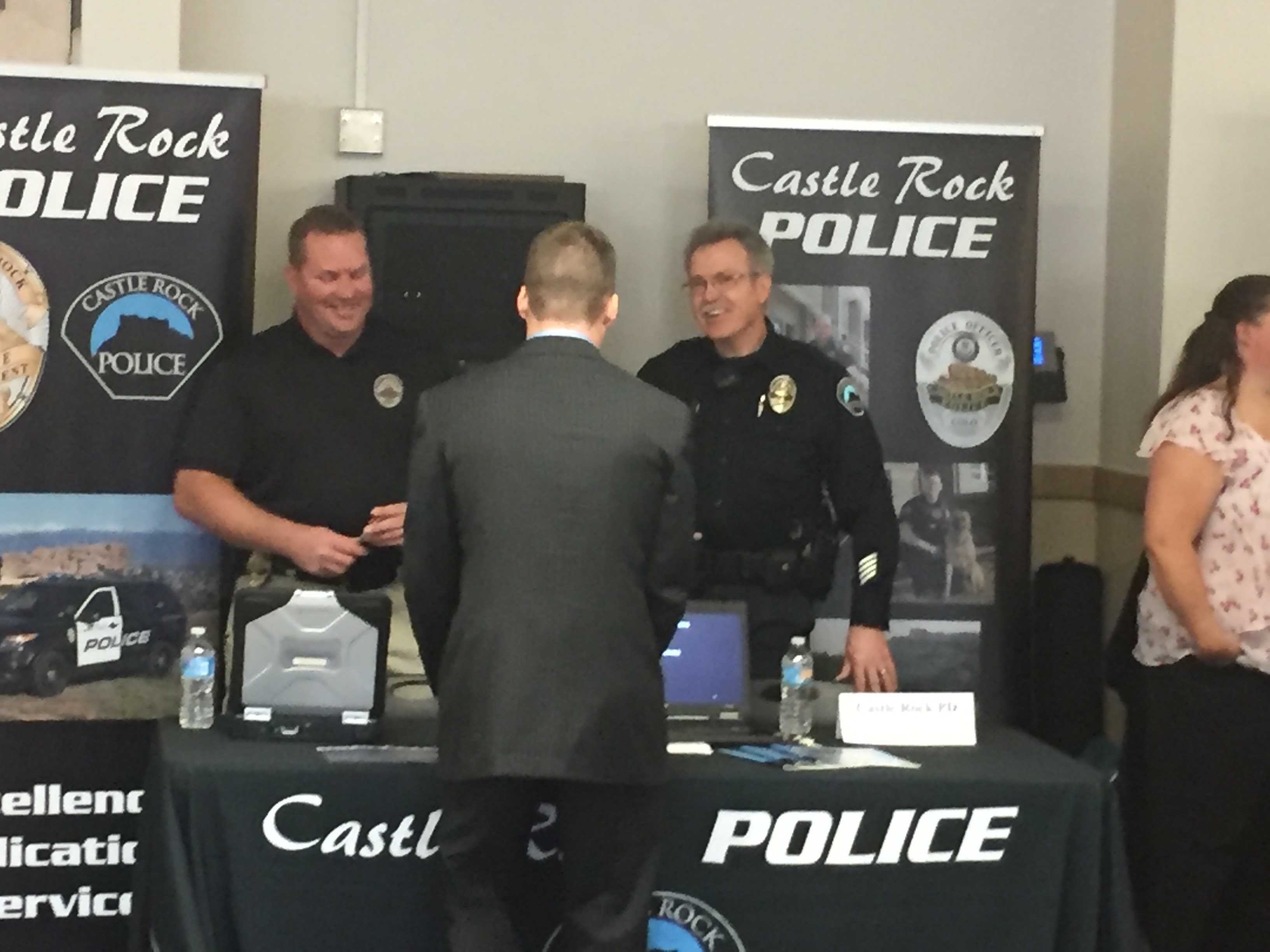 The participants who entered the Career Fair, seeking information, were equally as eager to be there. Often seen wearing full suits and holding folders filled with resumes, these individuals came to succeed. Many went from table to table, with a professional demeanor, confidently asking questions as if they were already in the profession. The employer booths had the usual career fair swag on the table, but these perspective law enforcement agents, barely noticed as they went straight for eye contact and a firm handshake.

While talking to a Denver Police Department Recruitment Officer, not thirty minutes into the career fair, I learned that he already had several people sign up. Looking up from his phone, he told me, he had just sent an email about an individual who had signed up earlier, assuring that the employment process would get started.

I polled the room, asking how many fairs do they attend, and how successful are they, and I got a virtually universal response. Law Enforcement agencies recruit, so they attend a lot of career fairs, but they usually attend them individually. Here at ACC, the Law Enforcement and Criminal Justice Career Fair is widely considered the best career fair they attend. So many departments come together for this fair, meaning the students who attend are fairly certain Law Enforcement is their desired career path. Other career fairs aren’t as specific as this one, so their recruitment numbers take a bit of a dip.

All and all, I thought it was a great opportunity and everyone who attended looked grateful that the opportunity was provided. Men and women of all ages gathered to educate about law enforcement careers and, more importantly, facilitate an avenue for students to achieve one.