The Future of Abortion in Colorado 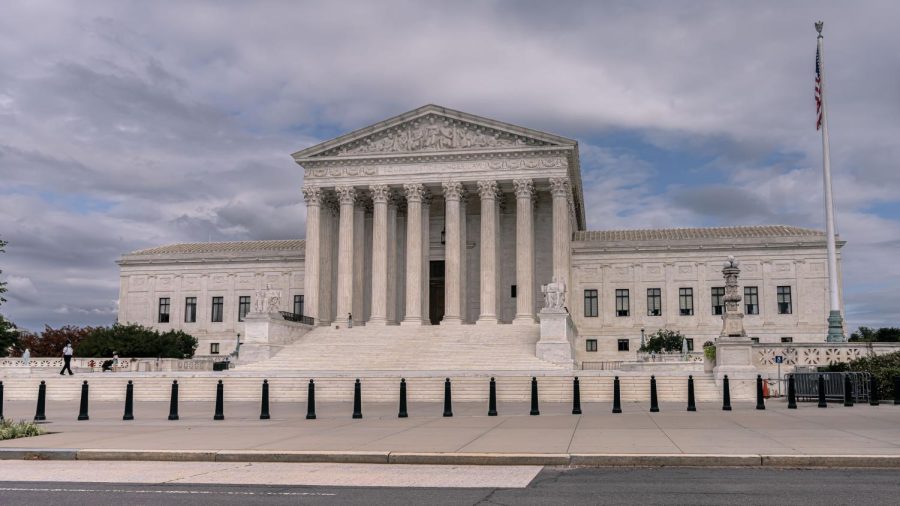 Image by Adam Szuscik via Unsplash

The Supreme Court has decided in a 5-4 ruling to overturn Roe V. Wade. This ruling returns the decision to legalize abortion to individual states. Abortion remains legal in Colorado.

After Politico leaked a draft on May 2 of a majority decision in Dobbs V. Jackson Women’s Health, many have been left wondering what the future of abortion rights looks like across the country.

The draft opinion, written by Justice Alito, would overturn previous decisions from Roe V. Wade and Planned Parenthood V. Casey. Both cases protect the right to abortion at a national level.

In the wake of the draft leak, many  people might be confused about what the impact will be if the draft becomes official ruling. Journalist Jessica Mason Pieklo gave further insight into the potential ruling. Pieklo is the Senior Vice President and Executive Editor of Rewire News Group, the country’s only media organization dedicated exclusively to reproductive health, rights, and justice stories.

“It’s hard to overstate how devastating it will be on a national scale if the [Dobbs V. Jackson Women’s Health]  leaked draft opinion is in fact the majority opinion,” Pieklo said in an interview. “As it stands right now, there are approximately 22-26 states who are set to immediately ban abortion within their borders. That, by conservative estimates, would include a drop in 25% of access across the country.”

For states  where abortion bans will immediately take effect, activists are concerned about how miscarriages will be treated. Pieklo added that “it is impossible for the state to enforce any kind of ban on abortion without elevating pregnancy loss to probable cause. If you have a pregnancy, and you do no deliver a healthy baby, and you live in a state where there is an abortion ban, authorities will ask you what happened.”

This means that for women seeking healthcare during a miscarriage in states with an abortion ban, regardless of whether the miscarriage was due to a self-induced abortion or natural causes, they could become suspects for illegal abortions.

However, Colorado will not be one of those states. The Reproductive Health Equity Act (RHEA), which passed in the state senate earlier this year and was signed into law by Gov. Polis.

According to a press release, RHEA “will ensure every individual has the fundamental right to choose or refuse contraception; every individual who becomes pregnant has a fundamental right to choose to continue a pregnancy and give birth or to have an abortion; and a fertilized egg, embryo, or fetus does not have independent rights under the laws of Colorado.”

Although RHEA has already been passed, many Republicans have expressed their opposition. According to the Colorado Times Recorder, Rep. Dave Williams (R-Colorado Springs) said, “What I would ask all of you to do is pray and see what it is the Lord is asking you to do on this fight to end abortion. All it takes is one person stepping in and standing in that gap and pushing forward. Jesus Christ changed the whole world with 12 disciples. There are more than 12 people here right now, so imagine what we can do if we work together to ensure that we abolish abortion in this state.”

According to the same Colorado Times Recorder article, Williams said, “We didn’t win the vote, but that’s not the end of it. The battle belongs to God, and what we did was a victory. We laid a groundwork that can be built upon and pushed forward.”

This means that for now, abortion will remain legal in Colorado, regardless of the decision in Dobbs V. Jackson Women’s Health. However, as states surrounding Colorado ban abortion, accessibility may be impacted.

With states nearby such as Texas and Oklahoma that will be restricting access to abortion, Colorado is likely to see an increase in demand from neighboring states.

Pieklo said that “even though abortion in Colorado will be protected in the short term at least, if the draft opinion takes effect, it doesn’t guarantee that the patients that need an abortion will be able to get it here in Colorado given the demand that we are seeing from neighboring states.”

The upcoming decision in Dobbs V. Jackson Women’s Health will be historic. “The court for the first time in its history is poised to entirely strip away something that it had previously declared a fundamental right,” Pieklo said. “We don’t know, as a country, how we will truly respond, because we have not been here before. That’s all really scary and heavy and people should feel okay sitting in that weight for a little bit. But, we cannot be weighed down by that.”

Though abortion will remain legally protected in Colorado regardless of the Supreme Court’s decision, some are working to change that. According to Colorado Public Radio, Neville expressed his desire to ban abortions in Colorado. “Isn’t our obligation as legislators to protect life, to do no harm? Don’t we have an obligation, with all we know, to err on the side of caution? To err on the side of life?”

For anyone feeling uneasy about abortion bans, Pieklo emphasized that there is still work that can be done. She said that actions like building into local resources, whether that means donating to abortion funds or simply having conversations about abortion can have an impact. “Will it change the flood of stuff we are about to be hit with? Not all at once. But this is generational repair. I think if we go into it clear eyed and understanding that the work we have to do is to build back for generations, it just feels different.”