Appreciating Stillness with the Meditation Club 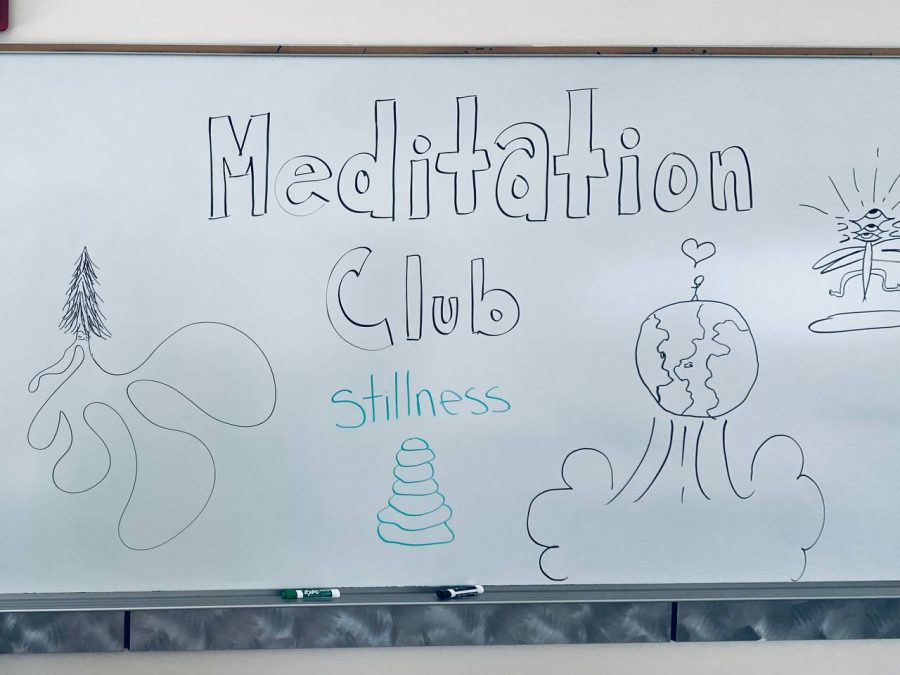 With stress and worry becoming debilitative factors in our lives, sometimes it’s necessary to find the beauty in stillness. The Meditation Club at Arapahoe Community College (ACC) aims to help others with that goal.

The club, which meets every Thursday at 4:15 p.m., invites one and all on a journey towards inner peace. Students can participate in room M3620, laden green and purple pillows. ACC student Luke Gilbert calms and transforms with his guided meditations.

Gilbert was first introduced to meditation playing baseball. His coach invited his team players to sit through a guided meditation as a way to calm and align the body before games. At first, Gilbert found it to be strange and new, but then accepted it as a transformative experience.

Felice Gomez runs and represents the administrative side of the club, having started it with her mother, Christina Gomez. Their current advisor, Delcia Garcia, is temporary, as they search for someone new to handle the job in weeks to come.

Each week follows a different theme – the week of March 20 focused on stillness. Gilbert starts by inviting each mediator to assume a comfortable position. They start with the “big movements.” These are mostly major adjustments in posture as well as deep stretches. Then, as they settle into a place where they can relax, “small movements” are invited to focus awareness on the body’s energy. These include wiggling of the appendages, touching fingertips, or even a tilt of the neck.

While meditating on the topic stillness, Gilbert led the group through a visualization technique. Each member imagined a small sapling being planted on a hilltop, then sitting back and watching it grow.

“Not judging, not controlling it, just sitting back and observing,” Gilbert described between deep breaths.

As the exercise came to the end, the meditators returned to the physical realm with a wiggle of their fingers and toes. Then, they were invited to thank themselves for showing up, and acknowledge that “it takes mental effort to be a human being,” as Gilbert puts it.

“It deserves some appreciation, some knowledge that we took the effort to do this.”

Meditators of the club had appreciations to share about Gilbert’s calming meditations and cherished each meeting. One member, Carson Campbell, notes that he appreciates the social role.

“The objective is to come here and meditate… but that’s [a] surface level analysis of what this club can be,” Campbell says. “It’s allowed me to make friends, which is cool, because I just moved here.”

Campbell learned that meditation can be cumbersome, even if it only requires closing the eyes. Campbell notes that it made it easier to meet-up and schedule that time for meditation.

Other meditators, Edward Oliver and Samina Schalk, stated that they were fond of the community built through the club. Schalk is appreciative of the opportunity with inner healing that meditation has brought her.

The Meditation Club is not only a place for peace, but for learning as well. As Oliver states, “I think what I’ve learned, just from meditation, is patience, and how to observe situations versus acting on them with emotion… definitely seeing both sides before making any decisions.”