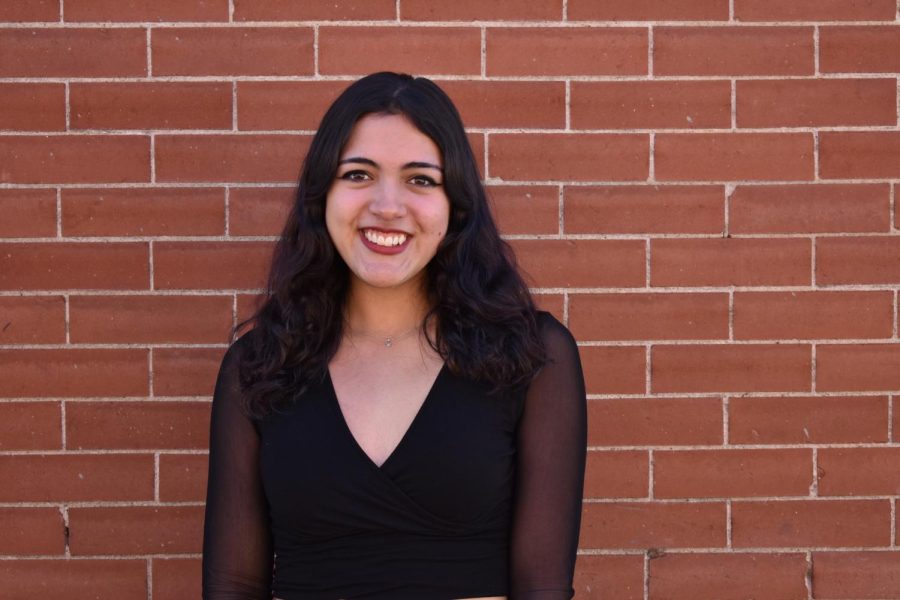 While many journalism students come to Arapahoe Community College (ACC) to try their hand at writing for the first time, Angela Merlano already has a lengthy body of work.

Merlano is a senior in high school at Colorado Early Colleges, as well as a student at ACC. She is currently working towards her Associates Degree in Journalism.

While she’s been writing for as long as she can remember, Merlano’s writing took off as she moved into high school, with what she calls “little acts of literature.” She was drawn to smaller pieces of writing, especially poetry and songs.

From there, Merlano transitioned into more journalistic writing. “I’ve never been a creative writer, that was always difficult for me, but I love nonfiction writing,” she said. During the summer of 2020, she began publishing articles on her blog, covering whatever news she could find.

At the same time, she began work on a much larger project. Merlano began writing her first novel, “One For Sorrow, Two For Joy,” which came out on Feb. 8, 2022.

The book documents her experiences recovering from the STEM High School shooting. Merlano describes it as “an emotional and psychological journey of battling PTSD and anxiety and trauma after a gun violence incident.”

Although “writing the experience itself was debilitating at times,” Merlano said she knew that “this is an experience that others deserve to hear, because I felt so alone. [Survivors] need to have somewhere to start in their healing process. And I think my goal with that book was to create something for people to reference to.”

Merlano’s novel is self-published, through a program called Book Baby. “I was originally going to go with traditional publishing, but I realized it was creating too much of a hassle out of something that I wanted to be personalized,” she said.

When she held her book for the first time, Merlano felt “everything I was anticipating. It’s kind of like your baby at that point. It’s something that was on your screen for so long, just an imagined perspective, just an idea that was floating around, and to see it manifest into something I can flip through, to see the fibers on the pages, and seeing the ink, it was just so beautiful.”

While “settling with the shock and surprise” of her first publication, Merlano is continuing to work on other projects. She works as a reporter for The Pinnacle, as well as working on a second nonfiction book. Through her various writing projects, Merlano wants to continue “to perfect my art and use it to express myself.”

Above all, Merlano is “excited that it’s out and that I get to show my experience to the world because it’s important that people realize that their trauma is valid and they don’t deserve to shell up and put themselves in an emotional husk. They deserve to spread out and to take up space, especially with their mental matters.”