The Loss of The Next Generation 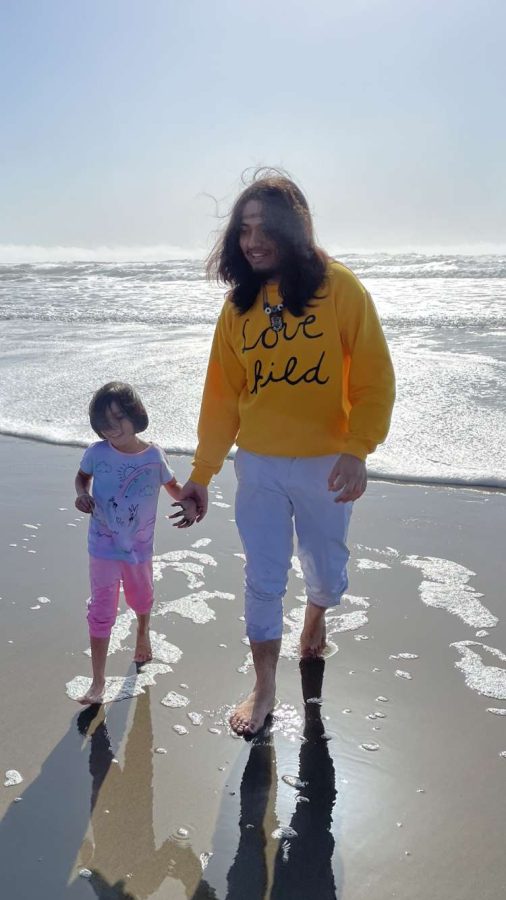 In school, I had learned that Manifest destiny had ended long ago. In my history books, it was a chapter (a few pages at best), with a start date and end date, insinuating that the mindset has since died out, an ideology of the past. As I grew up and started truly looking at the community of Natives around me, I could see how wrong those lessons were. While survivors have persevered and rebuilt from centuries of genocide, the lasting effects of those years still seep into almost every aspect of the community. The youth of the Indigenous nations are especially at risk, forced to bear the brunt of these ongoing tragedies through their developmental years. It is a weight I’ve often felt at times, as Lakota Oglala, and a weight felt by many others in my community. John Paul Zuni, a member of both the Diné and Isleta Pueblo nations, has had experience as a youth both on and off the reservations.

While not born in New Mexico, Zuni spent the first nine years of his life there, living on the Navajo Nation reservation. There, Zuni grew up in a community which openly celebrated their culture, taught their language, and which worked with great effort to keep their traditions alive. Yet even in those years, issues within the community were plain to see. Zuni spoke on how other kids his age would feel disconnected from the rest of American society: “That’s really sad to say, but it’s true. You don’t really feel like you belong.” Growing up in Denver, that feeling is shared, yet through a different lens. While the physical distance is closed, the metaphysical is still just as wide. Society looked past the background of my Native peers and the thousands of years of culture behind them, and lumped them in under the term “brown”. Loneliness, a feeling often trivialized, could have dangerous effects. Studies performed have shown that loneliness can often be a leading factor towards self-harm or suicide.

For his third year of grade school, Zuni and his family moved to Colorado, where he was fortunate enough to join the Indian Education program, a school club he attended throughout a majority of his education. Four years later, I joined the same club under its new name, the Native American Student Alliance. The program worked to bring together what Native kids they could across Denver and get them involved with the greater community.

There, Zuni and other urban Native youth performed activities surrounding their cultures and were given the opportunity to have a sense of belonging. Not long after his move, however, Zuni was introduced to the urban Native’s struggles. One of his earliest experiences in this was through racial prejudice, something he’d never directly faced while on the reservation. “They had us in Spanish-speaking only classes for like two weeks…They didn’t even realize we didn’t speak Spanish nor are we Hispanic.”

Zuni was shocked to see how non-white people all were seemingly grouped together, despite the vast and unique differences between all of their cultures. From someone who had never stepped foot on a reservation, prejudice such as this was more commonplace, a normality that had to be understood since I was young. Yet for people in Zuni’s position, it was a culture shock. He regarded the shift similar to moving to another country, where suddenly, people around him formed their opinions based on nothing more than appearance.

Zuni lived through both experiences, urban life and reservation life, and has been able to form comparisons of the two in ways other Natives can’t. These experiences helped to fuel insights he formed on the difficulties faced by either side, particularly in the lack of peers when it comes to living in the city. “When I was at TJ, there actually weren’t a lot of us. There were only 5 or 6, and I remember them telling us that that was actually a lot.” In my own time in Native youth programs, we were often lucky to receive as many as 10 kids at a time. More often, however, it would often be down to myself and two other regulars. Even though we knew of other Native kids at the school, they had never been taught the value of their culture and made no attempt to reconnect with it.

Even on reservations, where one is primarily surrounded by other Natives, Zuni referred back to how youth would still feel that isolation and hopelessness. With conditions on reservations as hard as they are, youth are led towards substance-abuse as a way to cope. This the opens the door to several other problems, often leading towards suicide. Despite making up so little of the population, Native youth die at a much higher rate than white youth of the same age.

Now out of school, Zuni is faced with the challenges of a Native adult, largely in leaving the community a better place than he found it. The decisions our current elders face will soon become his own, especially when it comes to the bridge between reservations and urban Natives. To those outside the community, this might seem like an easy task, helping the urban Natives feel more connected by releasing parts of their culture to them. However, many on the reservations have been spurned enough to know what can happen when they expose themselves to the world. Zuni’s take on the issue was: “I actually come from a community that has incredibly strong values on that. It’s incredibly disrespectful to take photos or videos of any kind on the reservation, to the point where it’s law that you can’t even have doorbell cameras.” Zuni even mentioned how he wasn’t allowed to share any stories or speak his language when he was off the reservation.

As someone who grew up on the other side of the aisle, I’ve had to take into consideration this kind of perspective. As much as I wish information was more available and accessible to those in my situation, the same separation from my culture has kept me from fully wishing that to be true. Even while working with fellow students in lessons and activities, I still felt like an outsider in several regards, like I was missing something other people weren’t. I felt ashamed to look at some adults in their eyes.

Zuni, having grown up in both settings, has seen the effects that both of these perspectives can have. “It alienates a lot of these people. In a way it also destroys the culture itself, too.” Reservations have been presented with this difficult situation for some time now, whether or not they take the risk of exposing themselves to the onslaught of U.S. media. Since the earliest interactions between colonizers and the Indigenous nations, the former have distorted the stories and aspects of the latter’s culture. Despite the difference in time, this practice has continued to, a fate many reservations work to avoid.

The path towards healing has long been underway, but with each victory there is the reminder that there are several more issues at hand to deal with. Since the first boarding schools were opened, the Indigenous nations have had to not only protect their culture, but the future of their communities as well, their own children. In either scenario, school is a fundamental aspect of a child’s life. On one hand, reservation kids are struggling with attendance and less-than-satisfactory environments, and on the other, urban Natives feel as if they have no place in their schools. Instituting more programs and clubs that teach Native youth about their history and culture, showing them that they are seen and valued, could go far in the way of healing these wounds.

Zuni still visits his reservation a few times a year. Pre-Covid, he still attended powwows and made sure to involve himself in the local Native community, valuing it as a crucial part of his person. Having been a part of both sides of this issue, yet seeing the same result in both, Zuni believes that “We have to be more inclusive for both kids.”