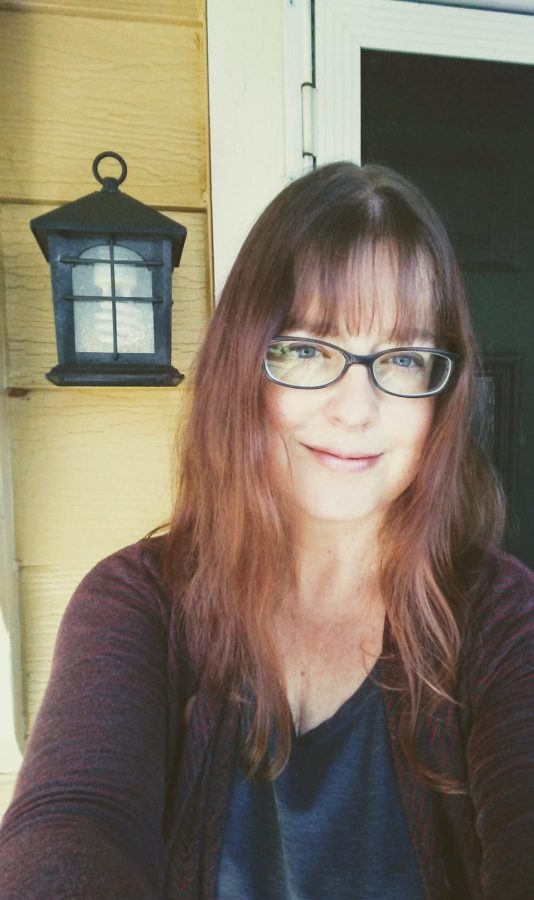 Amy Wilkerson, a psychology professor and department chair at ACC.

My hour-long commute to Arapahoe Community College (ACC) from a small country town was often a daunting task, but it hardly felt like a chore going to Professor Amy Wilkerson’s lessons. With interactive lectures, classroom conversations, and an obvious passion for her students, the drive to attend her class was always worth it.

Psychology Professor Amy Wilkerson has been with ACC for 11 years, but she’s been teaching for far longer. She officially started teaching in 1998, but even as a child, Professor Wilkerson would prepare lessons and deliver enthralling lectures to her lined-up stuffed animals.

“For me, knowing that my students’ lives have been complicated so much by the pandemic… I know that many of my students are experiencing housing insecurity, food insecurity, difficulty with online learning, changes of employment, taking care of themselves and family members when they get sick, and just the anxiety during the ever-changing situation.” Reword this sentence, maybe: “As a professor, she recognizes the toll that the pandemic took on everyone, and how that was a challenge for her students. Despite the difficulties of teaching during a pandemic, Professor Wilkerson says she is doing her best to keep class running smoothly.

Her stuffed animals aren’t the only place Professor Wilkerson revealed her passion for teaching. Even though she considers herself an introvert, Wilkerson thrives off of her students. She says having conversations and engaging with students is one of her favorite ways to be around people. When asked about the most satisfying part of teaching, she says, “Another thing I like about teaching is bringing out undiscovered talents and interests in other people.”

To Professor Wilkerson, psychology is about more than just opening up a textbook and passing a test. Teaching psychology is a method to help students learn to think critically, especially with the amount of information they’re bombarded with. Through psychology, she teaches her students to problem solve, understand different perspectives and cultures, and how experiences shape people. She believes that psychology teaches students about themselves and their learning style.

Being an engaging educator isn’t Professor Wilkerson’s only talent – music has also been a significant part of her life. Professor Wilkerson played the French horn throughout high school and college, participating in multiple ensembles. Along with allowing creative expression, music has brought friendship into her life. Her love for it even had her considering a career in music composition, but lucky for ACC, she chose psychology. But Amy has become a composer; instead of composing intricate music, she composes memorable lessons as a professor.