The Pandemic, Changing Bodies, and Being Imperfect 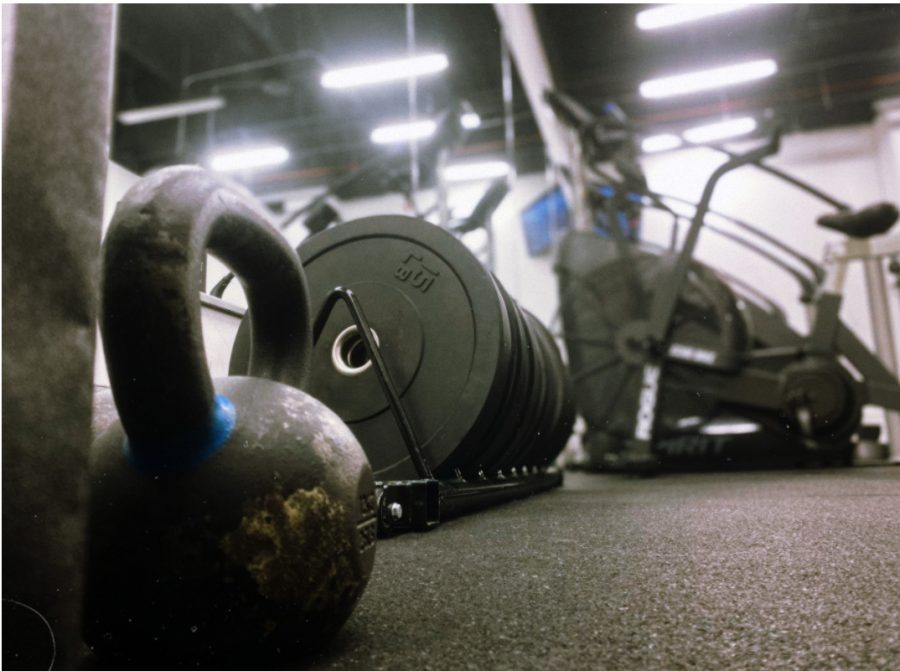 Exercise equipment laid out at a local gym. Taken November 24, 2021.

The COVID-19 pandemic has impacted everyone in one way or another: isolation, social deprivation, stress, numerous mental health issues, and more.

In fact, from January to June of 2020, the National Suicide Prevention Lifeline received 19,191 callers in the state of Colorado alone.

It’s no surprise that coronavirus has stripped away quality of life for many, but one culprit of dissatisfaction goes unnoticed and undiscussed a majority of the time. The negative effects of quarantine has led to a spike of abnormal tendencies with body image and eating habits.

College students are among the highest at risk for disordered eating. A survey conducted on a college campus concluded that 91% of the women admitted to controlling their weight with dieting. At Arapahoe Community College (ACC), it is highly likely that with the combined stress of school, finances, and the COVID-19 crisis, many students could be silently suffering with dieting and disordered habits.

Two ACC students, L and A, provided their own stories related to COVID-19 and the drastic changes it impeded onto their self image and eating habits.

L is an 18 year old student at ACC. Like most women, L recalls having a not-so-normal relationship with eating. She would describe it as disordered eating, as she’s seen numerous times online. For instance, she would forget to eat at times and skip meals, just out of her own idea of what took importance that day. Additionally, she would feel guilt whenever eating bigger meals, regardless of resulting in typical overconsumption. Even if it was the amount of food her body needed, it would still feel like too much.

At the beginning of the pandemic and during initial lockdowns, L didn’t pay much attention to weight and self image.

“I know for me, seeing my weight put down in numbers can trigger a ton of guilt,” L recalls. She believes she did put on a few pounds because of the drastic changes to her lifestyle. School was fully online, some classes were asynchronous – there was no routine. She ended up sleeping more as well as eating more, contributing to her weight gain.

After the first month, L began to move more. She did workouts and walked when she could, amounting to a 45-minute workout and 60-minute walk everyday. L remarked that it didn’t have much impact on her weight, but it did influence her self image.

As she puts it, “I felt much better about my body when I was able to take care of it.”

L’s mental health contributed towards a negative self image, particularly during the pandemic. Her anxiety hit a lifetime high right at the beginning, when everything was overwhelming. To L, most days simply felt like survival, but not life. Her self image was impacted as it was difficult to have a positive outlook on anything, especially her own body.

“No amount of face masks or workouts was enough self care to fix the issue,” L said. “It was just a never ending war between my body and my mind.”

In relation to social media and life online, L believes she received a negative impression. L was consuming post upon post about women improving their shape and health for the upcoming summer. She remembers trivial social media challenges such as notorious “30-day ab” challenges on YouTube. The results seemed compelling, but whenever L began a challenge, she realized it wasn’t realistic or sustainable for her lifestyle. In contrast, she was bombarded by posts about normalizing relaxation and letting loose in a time of isolation.

“I felt really trapped between these two ideas, wanting to rest but also wanting to take the time to improve myself.”

L ended up making attempts on multiple occasions and never got much relaxing done. She felt it was wasteful then, but is now thankful for her resilience during such a strenuous point in time.

Since then, L has fully appreciated the comeback for all its worth; she doesn’t give much space to self doubt or negative self image. She shed non-beneficial friendships, which also helped relieve old expectations she had for herself. She is able to go out with friends, or be in a classroom with people, so she doesn’t have much space for worrying about what people think of her. She began to dress like herself and wear less makeup, which made her happier and took away stress.

“…Entering adulthood during the pandemic has helped me to get rid of so many of the social ideals for women, because I didn’t have to perform them during lockdown, and I didn’t want to go back to them.”

L says that she finds it helpful to put effort with intuitiveness in her body, by doing movement that feels good to her. She enjoys yoga and practices intuitive eating, which improved her relationship with her self image.

“I don’t think of my body as my enemy anymore, she’s a part of me that I have to take care of,” she commented.

A is a 22 year old student at ACC. His eating has always been normal, aside from getting creative in the kitchen.

When COVID-19 lockdowns began, A noticed a definite increase in his weight. He was severely out of breath from basic physical activity. A believes it was caused due to most of his income coming from working at home. He worked on a laptop on his couch for hours, then transitioned to watching movies or playing video games, using a voice chat with friends to keep his social interaction in check. He believes that’s just how one had to adapt to the pandemic.

In regards to his body, he became severely annoyed that articles of clothing did not fit as well. He also became frustrated by the decrease in physical capabilities.

“Other than that, I have a lot of love for myself and I know I’m not above weight gain especially in the lifestyle I was living in 2020, so I was pretty good mentally speaking.”

After COVID-19 restrictions lightened up, A made efforts to go to the gym.

A wasn’t bothered by the societal implications brought on by social media and body positive movements. He was encouraged, rather, by the trends encompassing “dad bods.” He found it touching after the collective quarantine weight gain. Adapting to the stay at home lifestyle with grace was a good contrast to previously negative emotions about the lockdown.

With the comeback, A has found solace in being in-person again. He had less regard for their appearance in the past with virtual meetings.

“In-person is also better since I don’t have to worry about framing backgrounds or hovering a finger over the mute button just in case one of my family members gets loud.”

A had a smooth transition from being perceived in a virtual sense to physical appearance. He prefers to present himself well, but realizes that he has to go to class regardless of the state he’s in.

“I was like that before COVID, and the pandemic didn’t change my mind on that.”

COVID-19 and its impacts are universal, especially weight fluctuations and perceptions of self image. As cliché as it may sound, no one is perfect. Sometimes, it’s okay to revel in the pause that COVID-19 has brought. Perhaps the pandemic brought the communal recognition of the fact that it’s okay not to be okay.