Out of This World! Arapahoe Community College Holds an Astronomy Star Party 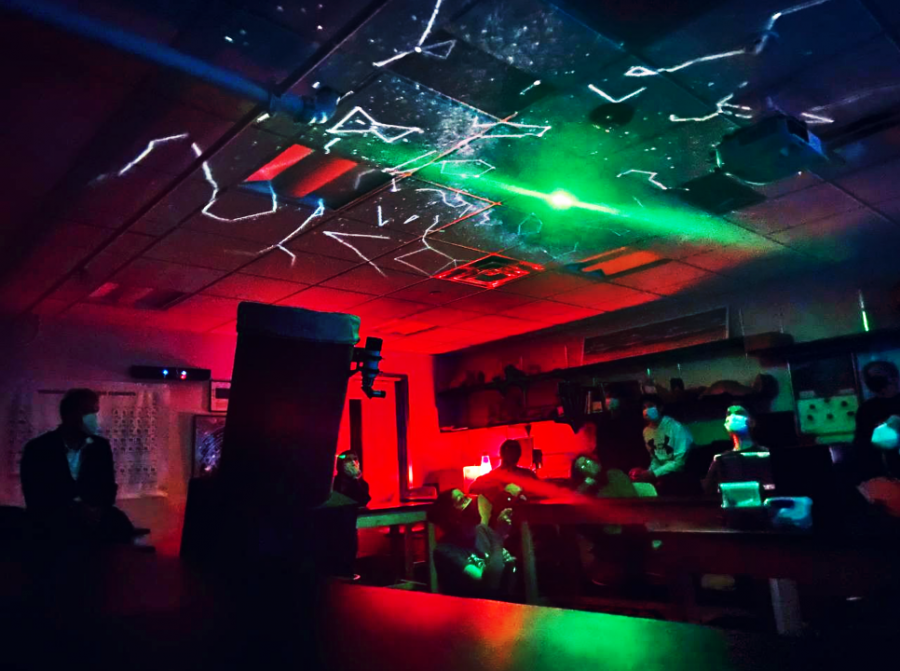 Humanity has always been intrinsically tied to the stars, according to Jennifer Jones, an astronomy instructor at Arapahoe Community College (ACC). Her efforts to make humans look up again include Astronomy Star Parties at ACC campuses.

Star parties have been a thing for nine years. Jones borrowed the idea from her time as an instructor at Red Rocks Community College and brought the concept to ACC.

“I think it’s great to just look at the sky… our entire time system is based on the sky,” Jones commented during the party.

The first is Celestron. Charmingly named “Golden Boy”, this reflecting telescope uses an 11 inch mirror. It has a small computer Jones refers to as its “brain”. Even if the maintenance is costly, the Golden Boy knows its coordinates, which are based off of an equatorial plane.

Jones recommended that anyone who would like to get started as an observer should start small with binoculars. ACC’s library offers binoculars that can view stars and celestial bodies with an 11 times magnification.

Jennifer Jones had many “toys” participants could tinker with, including but not limited to: a mini planetarium projector that displayed constellations, samples of meteorites, mock Mars dirt, and even plush versions of Jones’ dearest friend, the tardigrade.

At the time of the star party, it was cloudy. Even if the event had to be moved inside, that didn’t stop Jones from creating an interactive experience for everyone. She demonstrated useful resources like Stellarium and a NASA website called Astronomy Picture of the Day. She surprised attendees by notifying them of Google Earth’s other function: visiting other celestial bodies in the solar system. Through compiled satellite imaging, Google can put together a relatively accurate depiction of planets up close. They allow users to explore phenomena like Olympus Mons, a volcano the size of Arizona on Mars. Jones showcased a recent favorite of hers, which is the “heart” of Pluto, glaciers that rise and melt with the temperatures and create the appearance of a beating heart.

Jones herself believes in life outside of Earth and also believes the worst part of teaching is grading. Jones’ favorite celestial phenomena is the Aurora, her favorite planet is Uranus for its dynamic weather, her favorite constellation is Cassiopeia, and her favorite star is Betelgeuse – in anticipation for its death to observe its supernova event.

Some students who attended had no experience with astronomy at all but after the star party, they found themselves with new information. Two students, Luciano Rodriguez and Zoe Albrecht, appreciated their newfound knowledge of magnifications in telescopes, tardigrades, and how the celestial sphere impacts the constellations that certain places on Earth view each night. Overall, many attendees appreciated the dedication going into the star party, and also valued getting a free lecture from an expert. One thing is for sure: ACC students love events like these, and definitely look forward to more in the future.