The End of the Line: A Fish’s Eye View of Ocean Habitat Conservation 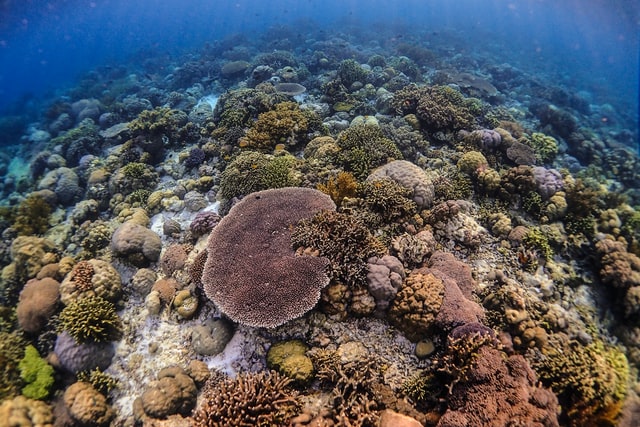 Image via https://unsplash.com/@boardshortsben on Unsplash.

While in Cape Cod, you might get a bite of the region’s local fresh fare, but you won’t be having any cod because of its scarcity. Due to overfishing and global warming, fishermen have been regulated out of business by the National Marine Fisheries Service, a federal marine conservation organization currently enforcing fishing regulations and restrictions. A bumper sticker on a truck there displays a strong message: “National Marine Fisheries Service: Destroying fishermen and their communities since 1976”. Merely a fraction of the cod business remains there, and the unemployed increasingly blame the government for their wretched fate.

According to scientists, existent Marine Protected Areas (MPA’s) fail the global ecosystem and citizens at a rate of 59%. Consequently, the Convention on Biological Diversity, a U.N.-backed effort, recently bumped back the date of their goal of establishing marine parks over 10% of the ocean by 2020. Marine biologists Alexis Rife, Brad Erisman, Alexandra Sanchez, and Octavio Aburto-Oropeza noticed this, were concerned, and studied the root cause of failed MPA’s in Mexico. They conceded that awareness and co-management with communities is crucial to success rather than hasty government sanctioning that lacks proper resources. They realized that governments should be well-informed before sanctioning marine protected areas. However, modern times have provided citizens with tools that could have predicted the fate of Cape Cod’s fisheries. For example, writer David Lang has built underwater drones to evaluate ocean conditions. Passionate ecopreneurs like Lang may lack awareness that federally supervised marine protected areas are not managed efficiently, nor publicly accepted, in every establishment. It is agreed that community plays a vital role in promoting well-being and enforcing co-management of marine parks. Furthermore, Rife’s team argues that anytime the pulse of the biome weakens, the public begins to feel hopeless with the egregious state of the ocean and disenchanted with federally enforced regulations. Despite the claim that enforcement at MPA’s is in the best interest of the environment, more joint action is needed between government organization and communities. Careful establishment of marine conservation, protection of areas to promote thriving ecosystems well into the future, as well as the creation of a system that increases public support will benefit all.

In his TED Talk, “Let’s Protect the Oceans Like National Parks,” eco-entrepreneur David Lang focuses on using technology to form networks of “citizen scientists” to buffer ocean health. Lang asserts that the inception of the National Parks Service was a product of individual efforts, and it prompted national conservation, along with public service for enjoyment. In his speech, he appeals to increased conservation efforts for the ocean, just as there was when the NPS was established. Caring communities are amplified by interactive technologies, such as with an online ocean conservation effort similar to Lang’s Science Education and Exploration Initiative, which uses underwater drones to provide a fish’s-eye view. Lang asserts that community contribution bears more potential than “wait[ing] for Washington” to implement change. Regional networks can support a community’s habitat shielding efforts, because the role of the individual legacy and active interest is as crucial now as it was then.

In “When Good Intentions are Not Enough…Insights on Networks of ‘Paper Park’ Marine Protected Areas,” Alexis Rife and c­o-authors discuss overstated successes of MPA’s throughout the Gulf of California. They propose rectifying modes of governance before increasing the number of conservation sites. The Convention on Biological Diversity set expectations for worldwide implementation of MPAs that expired last year. Yet, numerous parks still maintain unmet conservation and sustainability goals largely due to deficient “co-management schemes”. According to the researchers’ data, the existence of poor support makes MPA’s indistinguishable from unprotected habitats. As confirmed by studies, effective MPAs have increased the success of adjacent fisheries and ecotourism in the GOC, providing benefits for all in doing so; however, unbalanced or lax fishing regulations may undermine enforcement of preservation laws. Continued noncompliance causes MPAs to fail in their central mission, and this leads to public disconnection from the state of degrading biota. Public opinion must be maintained by mitigating a false sense of ecological protection. Thus, creation of mere paper parks must be halted to curb deficits; instead, careful consideration and management of internal issues must be completed before the creation of conservatories. Adequate legal overs­ight, enforcement, and protection through public integration at fishing sites are warranted.

Citizens can influence an MPA’s acceptance within the public realm, but not without recognizing a much-needed change in the social-ecological framework. Lang mentions a need for infrastructure, philanthropy, and engagement on basic levels, but if he ignores the plight of those stuck in a virtuous cycle of conservation, he will create masses of disenchanted or marginalized citizens, dizzy from the merry-go-round. It is important to note that online research platforms certainly may foster confirmation bias, which subvert the goal of communities. Lang’s promotion of his online platform is well-intentioned, but it must be acknowledged that online involvement and research alone will not solve the myriad of issues in MPAs, such as the need for “bureaucratic juggling” that make or break these efforts. In his speech, Lang merely points out that businesses and writers can participate in outreach, government policymakers can pass regulations, and philanthropists can overhaul dilapidated areas. According to a 2018 article in Frontiers in Marine Science, scientists need to possess an acute awareness that people may not share the same “perceptions of threats to the marine environment”. Furthermore, when one is given a sensationalized version of reality, a confirmation bias often halts progress, and that may hamper the work towards long term change. To ignore that is to destroy optimism and create mistrust that undermines a mission to conserve. Active engagement employed by humankind’s virtues are a stark comparison to industry and a culture of ignorance. Social license, which concerns the “industry and government practices, including research, on natural resources, including the ocean” needs a revival.

Dwindling interest in science has recently led marine conservation to a literal dead end, and science advocacy and “unwritten public expectations” will certainly produce ideal community partnerships. Not only scientists, but all agencies who participate in marine preservation, Naval law enforcement included, must work together against undermining MPA operations. For instance, fishermen in Cape Cod and policymakers are progressively marginalized to each other due to fractured “socio-ecological systems,” which cause non-compliance such as poaching in no-take zones.

Picture a world without the oceans, without blue skies, and without green trees. This regretful scene could soon be a reality that exposes humankind’s shallow efforts. Marine assets are much more inconspicuous than national forests and require investigation and reporting to prevent species extinction. Former President John F. Kennedy once said, “All of us have in our veins the exact same percentage of salt in our blood that exists in the ocean. We are tied to the ocean…” Yet, people have buried their heads in the sand about this, unaware of the potential rewards to be reaped from enduring, dynamic involvement in ocean conservation.