The Story of Jack Adler: A Slave Laborer in the Holocaust 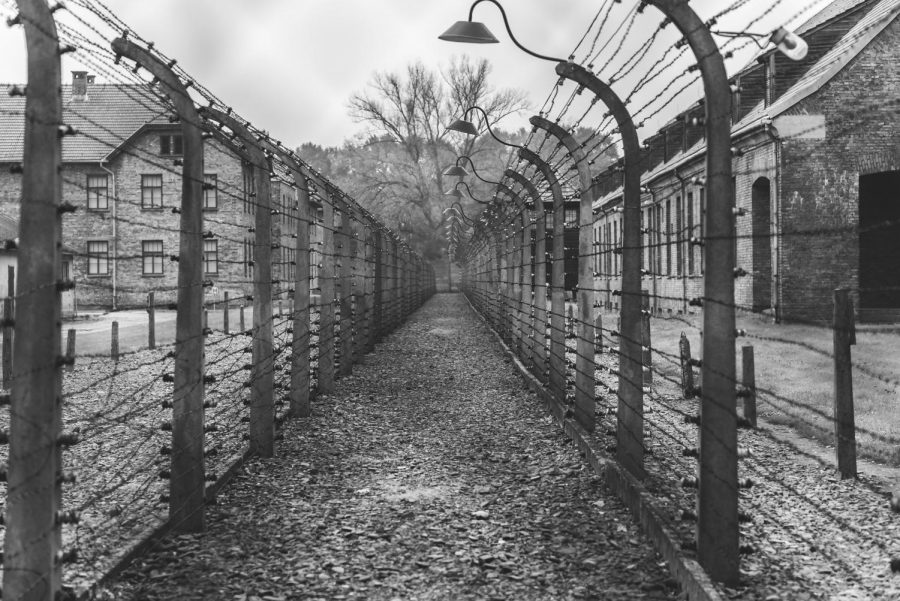 The late 1930s into the mid 1940s serves as one of the darkest moments in world history, a time period remembered for hatred, murder, and tragedy. The world saw one of the darkest eras of violence and hatred towards a religious group the world has ever seen, also known as the Holocaust.

In a pre-recorded presentation by Mizel Museum, the Holocaust labels the time frame where, between 1939-1945, members of the Jewish faith were imprisoned, enslaved and murdered, among other horrendous acts. Coordinated by Adolf Hitler and the German military, an estimated 6 million Jewish people were killed in that six-year span. It’s important that there were survivors of the Holocaust, so that the history books could get a first-hand understanding of the horrors Jewish people lived through. Jack Adler, like many others, survived to tell the riveting tale.

Born in Pabianice, Poland, in 1929, Adler was no stranger to the hatred Jewish people received, also known as “anti-Semitism.” He was 10 years old when Poland was invaded by the Germans, and early on he knew that the plan the Nazis had for the Jews was not pleasant. Adler stated, “Within hours after the occupation took place, notices were posted throughout the city directed towards the Jewish population, stated in part that, effective immediately, no Jewish person is allowed to step outdoors unless he or she wears two yellow Stars of David attached to their clothing, one in the front, and one in the back.” Jack was no longer allowed to attend public schooling, and Jewish houses of worship were shut down. Jews were whipped and beaten by Nazi soldiers, and any objections to this cruelty were answered by soldiers shooting the critics on the spot. His father and brother left the town of Pabianice in hopes of being allowed entry into Russia, but they were turned back.

In February, 1940, Adler and his family were moved into a ghetto in Pabianice. Ghettos were used by the Nazis to organize Jews and treat them like slaves. There was a strict curfew within the ghetto. Jack stated, “We could only move around together in the ghetto during daylight hours, cross the main street twice daily, once at morning, and once in the afternoon.” The Nazis in the ghetto formed a Jewish Committee, which was utilized to gather Jews to work as slave laborers for the Nazis outside of the ghetto. Part of the work was distributing the daily food rations to the rest of the Jews, which consisted of a slice of bread and a bowl of soup. Conditions were not good in the ghetto, and Jack would lose his mother and brother in the ghetto of Pabianice.

In March of 1942, Jack and his family were notified that the ghetto was going to be relocated on May 16th, 1942. At that point, inhabitants of the ghetto were divided into two groups at a place called the soccer field. The reasoning for the division of the groups was to separate those who were viewed as useless and those who were useful. Adler’s younger sister was put into Group A. He volunteered to clean up after the people departing the soccer field in the hope of seeing his sister again. He used a baby carriage to sneak his sister out of Group A and returned her to their family in Group B.

The next morning, Adler learned what happened to those in Group A. They were taken from the soccer field and killed at an extermination camp at Chełmno. People of Group B were moved to the Lodz Ghetto. Lodz was a massive ghetto, exceeding a population of 300,000. Attempts to escape this ghetto resulted in being shot on the spot. Adler stated, “We remained at the Ghetto of Lodz until May 16th. 1942, when they took us all to Auschwitz.”

At Auschwitz, Jack and his father stayed at the concentration camp in the city of Kaufering. They were assigned to work on a construction site, where they carried heavy bags of cement. Underground hangars to store fighter planes for the Nazis were being built on the site. Jack stayed there for three months before he was was assigned to the concentration camp in Dachau, Germany, separating him from his father. Adler stated, “Being that the Kaufering camp was in the same jurisdiction as Dachau, I still continued to work on the same site, and occasionally as I marched to or from work I would see my father, but all I could do is wave to him.”

On April 27, 1945, those who were still able to walk were marched out of Dachau in an event now known as “The Death March.” The Jews were forced to march all day and sleep in the woods at night. The Nazis would take a group of Jews to a different portion of the woods, where they were given shovels to dig a ditch. Adler states, “When the ditch was completed, they were ordered to line up around the perimeter of the ditch, and they were shot to death”.

On May 1, 1945, Adler, along with the rest of the remaining survivors from his group, was liberated by the United States 3rd and 7th Army, commanded by Dwight D. Eisenhower. By the time the liberation occurred, there were only 4,000 Jews left alive. Jack Adler states, “I wouldn’t have made it one more day, and if you couldn’t continue to march, [the Nazis] wouldn’t leave you behind alive, they shot you.”

Adler was hospitalized for three months. Once released, he was brought to the United States by the Jewish Children’s Bureau and was placed into a foster home in Chicago, Illinois. He would go on to finish school, serve in the United States Army during the Korean Conflict and start a family.

Now in his 90s, Jack Adler resides in Colorado and has been a face for all Holocaust survivors. His story has been heard by millions, and he has a clear message that he wants the world to hear. His experiences with anti-Semitism taught him the harsh reality of the world. He states, “Mutual respect, guided by the golden rule, is the key to the survival of humanity.” The Holocaust is a well-documented scar in humanity, and let it be said by someone who survived the harsh nature of the Holocaust, until everyone can respect each other, humanity will continue to destroy each other.