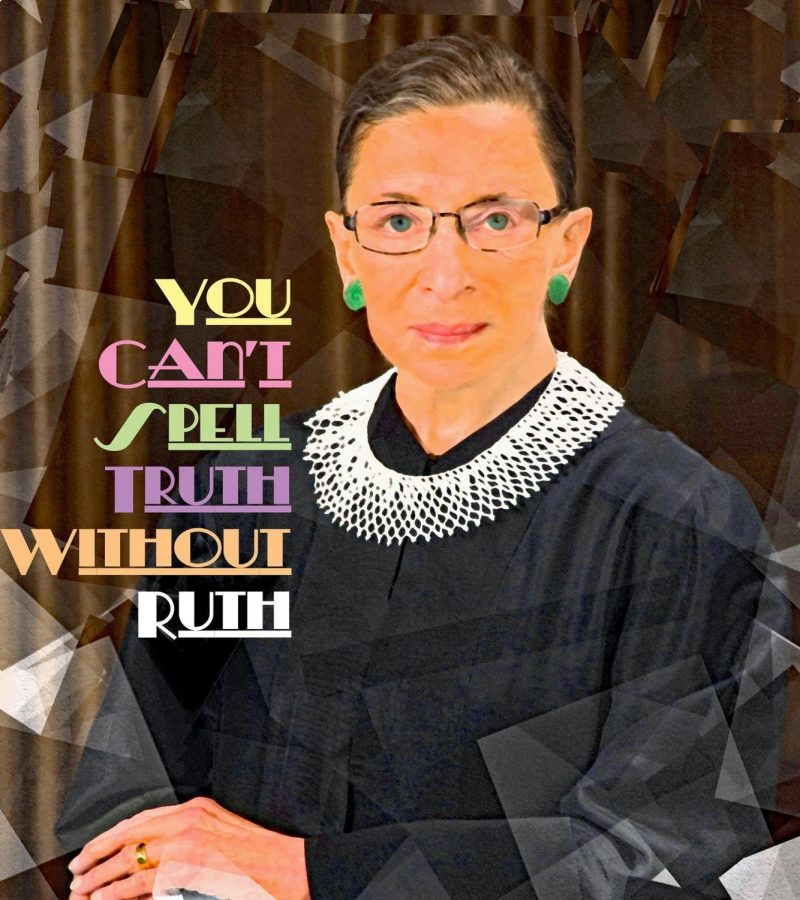 A poster for Ruth Bader Ginsburg.

On Sept. 18th, 2020, Supreme Justice Ruth Bader Ginsburg passed away from complications with pancreatic cancer. She was laid to rest as the first woman in American History to lie in state at the US Capitol. As the oldest justice on the Supreme Court and women’s rights icon, Ginsburg was a fiery, soft-spoken, and influential woman to the nation. Supreme court justices’ jobs are to guard and interpret the constitution in order for Americans to receive fair and equal justice. They are able to serve on the court for life and are very important in the government system. Ginsburg served on the court for 27 years. Facing adversity from the very beginning, Ginsburg did not let her challenges become struggles. Over the course of her lifetime, she has inspired change both in and out of the courtroom. Here are some of her most memorable moments throughout her legal career.

1959: After graduating from Columbia Law School, Ginsburg was recommended for a clerkship with Supreme Court Justice Felix Frankfurter. She was turned down after Frankfurter said “he was not ready to hire a woman” and asked for a man to be recommended instead. Judge Edmund L. Palmieri of the U.S. District Court for the Southern District of New York hired her as a clerk instead.

1973: Frontiero v. Richardson was the first case Ginsburg argued before the Supreme Court. Her oral argument set a new standard requiring the government to prove any sex classification it defended had a “substantial relationship” to an “important state interest”.

1974: Ginsburg joined the ACLU Board of Directors.

1975: The case Weinberger v. Wiedenfeld  Ginsburg argued that the Social Security Act should not deny benefits only allowed for widowed wives to widowed husbands based on the earnings of a deceased wife. In the case, Turner v. Dept Of Employment Security, Ginsburg had changed the law that pregnant women were not allowed for unemployment benefits. After the Supreme Court denied that this issue was sex discrimination, the Coalition to End Discrimination Against Pregnant Workers was formed. This led to the Pregnancy Discrimination Act in 1978 that says pregnancy discrimination in the workplace is sex discrimination.

1980: Jimmy Carter appointment Ginsburg to the U.S. Court of Appeals for the District of Columbia. She served for 13 years.

1993: Bill Clinton appointed Ginsburg to the Supreme Court of the United States.

2009: Ginsburg and former President Obama created the Lilly Ledbetter Fair Pay Act of 2009, stating employers to redouble their efforts to ensure non-discriminating pay throughout their companies and employees.

Even while undergoing chemotherapy, surgery for colon cancer, and when her husband passed Ginsburg was always present in every oral argument. She had no plans to retire. The Supreme Court included a press release about Ginsburg on the 19th of September, 2020. “Our Nation has lost a jurist of historic nature. We at the Supreme Court have lost a cherished colleague. Today we mourn, but with confidence, that future generation will remember Ruth Bader Ginsburg as we knew her – a tireless and resolute champion of success”.