Student Op-Ed: A Chance at Life 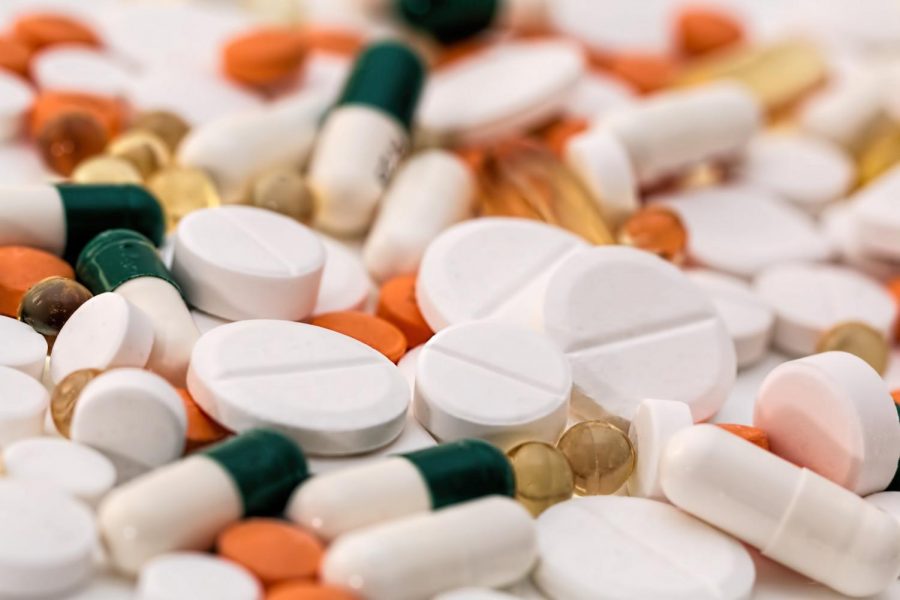 “I know what it is to want to die” and Elizabeth Brico had died. In fact, she had overdosed on heroin nine times; she is alive and sober today to tell her story of how Narcan was able to help her “cross back over.” Brico questions why she is alive to tell this story and she has remarkably not touched heroin since Narcan brought her back. Brico is one of the very lucky individuals who had access to Narcan as well as someone with her at the time of her crisis who was able to administer the life-saving drug at the moment she overdosed. According to The Rxlist found online, Narcan (Naloxone) is used to reverse an opioid overdose. Naloxone can be used as a drug to combat the misuse of narcotics but is also used in “an emergency situation” to treat a narcotic overdose. Had Brico shot up alone and not had Narcan, she would be dead. She would not have received a chance at life, a life that she deserves to live, drug free. According to the Columbia Journalism Review, Elizabeth Brico is a writer from the Pacific Northwest whose work focuses on drug policies and treatment. Her work has appeared online on popular websites such as Vox, in several different magazines like Filter Magazine among others. Ms. Brico has most likely been an inspiration to others who have used drugs and subsequently heard her story. In fact, this former addict may have saved lives as a result of her unfortunate experience.

In January 2019, according to the National Institute on Drug Abuse (NIDA), it was reported that 130 people die each day from overdosing on opioids in the United States. Overdose prevention center facilities, also known as “safe injection sites” offer individuals a clean space to inject illegal drugs that they already possess. The individual is supervised by a trained medical professional as they inject the drug by way of a clean needle. Opponents of safe injection sites show that these sites could cause roadblocks in the battle against addiction. The sites could assist those addicted to opioids to proceed down the path of addiction by encouraging them to continue to use. The areas that house injection sites may also encourage drug dealers to set up shop near these areas which may likely cause an increase in neighborhood crime. The cost to build and maintain these facilities is thought to be very expensive.

A study conducted by Francie Diep indicates that in some cities it could cost up to $2.6 million a year to operate. The proponents of the safe injection sites show that the sites are a welcome addition to the fight against addiction. They argue that these sites are clearly a benefit to the public health community. The main purpose of these sites is to prevent fatalities from overdose. Individuals having access to these sites would be able to procure clean needles and a safe environment that would assist in the prevention of the transmission of deadly diseases that come with sharing dirty needles. Diseases such as HIV and hepatitis remains a significant societal concern and injection sites could help prevent the further spread of these diseases in the community by reducing the number of used needles circulating throughout. There is also the possibility that access to these sites could reduce the frequency of use for some. Individuals working at these facilities offer not only medical expertise but are counseled in how they can encourage treatment by connecting individuals with viable treatment resources if a user chooses to pursue such assistance.

Individuals in favor of safe injection facilities have been encouraging the need for such sites in order to prevent overdoses and the reduction of needle-sharing. Not only is this option safer for the community due to the deadly contagious diseases associated with the shared needles, but there is a cost effective aspect to this idea as well. The outlay for building and maintaining supervised injection sites would be expensive; however, the cost for preventing the negative aspects of drug use is even more costly. A study was conducted that Francie Diep reported on regarding the topic. Diep reports that in Baltimore, a facility “would cost $1.8 million a year to run.” If a site were to open in Baltimore and prevented “about four HIV infections, 21 Hepatitis C infections and about six deaths a year” researchers estimated “this could bring in $7.8 million worth of health benefits to the city.” According to Diep, a similar study was conducted for San Francisco: An injection site in this city would cost potentially “$2.6 million a year to run and bring in $6.1 million annually in health benefits.” Those estimated statistics reflect what could be a significant financial savings for cities across the country if these sites have prevented someone from requiring “a lifetime of HIV care, that’s an incredible achievement.” Says Diep.

North America does have experience with supervised injection sites. In the book titled “A Thousand Dreams: Vancouver’s Downtown Eastside and the Fight for Its Future”, the authors discuss how the decision was made to implement a supervised injection site into an area where individuals were openly selling and using IV drugs. The authors-Larry Cambell, Neil Boyd and Lori Culbert- state that Vancouver’s goals were not only to save lives but to provide resources and health services to a “difficult-to-reach” population and to reduce public disorder that was associated with street drug use. The author’s report referred to how concerned citizens such as George Chow were initially opposed to the idea of the injection site. His fears were based on the unknown, imagining that the site would “attract more drug people” and promote the use of drugs. Once the site opened, Chow’s fears were alleviated: There was a noticeable reduction in the amount of individuals shooting up behind stores, people were receiving help and lives were being saved. Although Vancouver was the first supervised injection site to open in North America, it is not the first in the world and society continues to learn what else can be provided to help this population base.

An article in the Washington Post by Lenny Bernstein states that many large cities, including Denver, “have considered opening such facilities” but are hindered by the federal law and the Justice Department. Recently, in one of these cities, specifically Philadelphia, a federal judge ruled that it did not violate federal law. This decision was made even though it’s not clear how soon they might be able to open their site in Philadelphia, it will begin to lay the groundwork for them to move forward. Society should do its part to help humanity with what has been created from the opioid crisis.

In the late 1990s, pharmaceutical companies reassured prescribers in the medical communities that they could safely dispense and prescribe prescription opioid pain relievers to their patients “without the fear of patients becoming addicted,” says the NIDA. Doctors and other medical professionals began to prescribe opioids at alarming rates, unknowingly starting the opioid crisis in the United States. The opioid disaster has been likened to the plague due to the fact that there have been a catastrophic amount of deaths as a result of these narcotics. Opioid deaths due to overdose affects teens, veterans, the homeless population and the working class; it does not discriminate and no one is exempt from the crisis. It is reported that 80 percent of people with a Heroin addiction were abusing prescription opiates at some point. The crux of the problem originated from the medical profession. Many in the medical field, particularly physicians thought they were doing what their profession would expect as they sought out remedies to alleviate a patient’s pain. As a result, we are in the midst of the opioid crisis and measures must be taken to assist those patients and others who have been exposed to the drugs. The suffering of the addict is inhumane and the safe injection sites could be the answer for those dealing with drug addiction.

Whether you agree or disagree with the idea of building and maintaining safe injections sites, both sides of the argument can concur that we need to find a way to decrease the fatalities of the opioid crisis in the United States. If something can be done to help with the consequences of the opioid catastrophe, we have the potential to save countless lives. The number of deaths occurring from overdoses due to opioids within the United States is frightening and alarming; opioid deaths continue to claim lives every day with no discrimination. Maintaining supervised injection sites within the US could save thousands of lives while providing resources to individuals in need of treatment and medical support. Dead people cannot recover from addiction. An individual who is given a second chance at life due to the lifesaving interventions offered at a safe injection site can recover from addiction. Given the opportunity provided to individuals like Brico, one can go on to be a productive member of society. Opening and maintaining supervised injection sites can save countless lives and those lives are depending on the decision to open supervised injection sites in the United States.