The Arapahoe Pinnacle • May 12, 2020 • https://arapahoenews.com/19567/news/community/dealing-with-colorados-rent-crisis/ 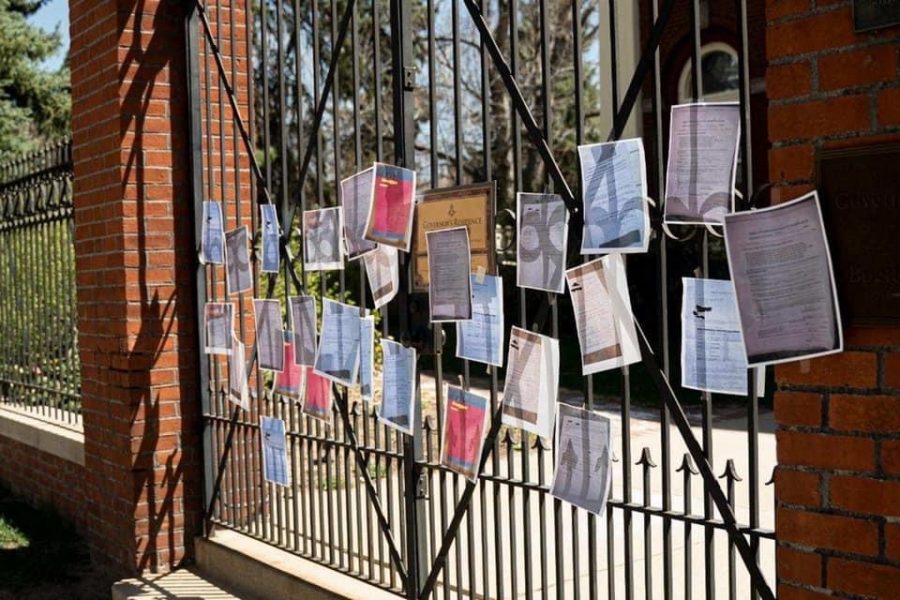 Any longtime Colorado resident will know that the cost of living here has skyrocketed in the past few years. According to the government backed mortgage company Freddy Mac,  Colorado had one of the sharpest declines in affordable housing for families making less than half of the median income, diving by more than 75% between 2010 and 2016. So what turned this once affordable, beautiful state into an overpriced, underpaid nightmare? The Pinnacle reached out to two of Colorado’s upcoming politicians who are dedicated to fighting for the working class to find out.

According to Ward IV Aurora Councilman Juan Marcano,  “After the last recession we had a tremendous amount of real estate consolidation and we’re really dealing with the fallout. In Aurora a lot of single family homes that were foreclosed got gobbled up by these out of state real estate management companies. They’re charging folks 2,500 for renting what they could’ve gotten a mortgage for 1,500. It’s criminal in my opinion.”

District 9 Denver Councilwoman Candi CdeBaca, who was recently shouted out by name by Alexandria Ocasio Cortez during a May 5th press conference,  states, “Colorado is a landlord state, there’s virtually no real protections for tenants and its primarily geared toward protecting the landlord. Federally you have an incentive to incur losses on properties that are basically your business. Landlords don’t have to ‘make money’ off of properties to make money off of properties. They can often be used as a tax shelter or a way to reduce their tax liability for other capital gains. There’s a lot of different loopholes that take property ownership and turn it into something that hurts everybody else.”

When the Coronavirus began to ravage the United States this March, it only accelerated the problems that were already there. When Stay-at-Home Orders began to take effect, the system began to crumble, highlighting the flaws in the nation’s social safety net and the weakness of its labor laws. Week by week, unemployment numbers began to skyrocket as more and more businesses couldn’t afford to keep their employees on payroll. As of May 8th 2020, unemployment in Colorado reached 420,000, leaving all renters and landlords distressed over how rent would be paid.

In response to this distress, the CARES ACT was introduced on March 19th, 2020. While the act offered at least 2 trillion dollars in taxpayer money to save the American people, the majority of it wound up benefiting banks on Wall Street along with other billionaires. Leaving the working man a one-time, pitiful $1,200 check – an amount of money that wouldn’t even cover the $1,674 average rent of a Denver resident.

While the CARES ACT offered temporary relief to working people, politicians like Councilwoman CdeBaca understand that the wealthy are the real ones to benefit from this stimulus, “I would argue that they’re even better off, there are these surges in profitability of stocks in different markets and a vulnerability that these people with the upper hand can capitalize on. It’s not a collapse of the economy for them, it’s business as usual and a business opportunity for that class of people”, CdeBaca states, “It’s important for us to recognize that the economic collapse that we’re experiencing is because we’ve built this house of cards that doesn’t work for the majority of people. When you have an economy that’s predicated on profit for a small sub section of people and such vast inequality, it’s not something that will withstand crises like these. It’s not designed to.”

Due to the lack of substantial support in the CARES ACT and the high cost of living in Colorado, Governor Jared Polis initiated a moratorium on evictions during the pandemic on April 30th, 2020. While the moratorium is a step in the right direction, politicians like Councilman Marcano argue that it’s not enough, “My biggest concern is that we’ve gotten some triage put into place in the form of an eviction and foreclosure moratorium, but if we don’t have a universal basic income and if we don’t actually freeze these payments, what we’re doing is creating a debt bomb. I’ve heard folks talking about, ‘oh well there’s gonna be so much pent up demand after this, people are gonna go out and spend a bunch of money and the economy is gonna look a V, its gonna go down really fast and then its gonna rocket up!’ Well that’s not gonna happen if people have months of rent or mortgage payments that they have to make up for.”

Despite the moratorium on evictions, many Colorado landlords have ignored the law and still tried to kick tenants out to defend their bottom dollar, Councilman Marcano states, “I had folks that I know in Denver, wake up to an eviction notice on their front door asking them to leave the property by April 10th. The landlord had no legal authority to do that. No one is processing eviction claims right now and no one is enforcing right now. So these people are just taking it upon themselves to scare and threaten their tenants to vacate the premises during the pandemic. It’s absolutely heartless”

In order to combat these issues, a group of prominent politicians including CdeBaca and Marcano sent a letter on April 15th, 2020, demanding the cancellation of all rent and mortgage payments through the duration of the Stay-at-Home Order.

The Pinnacle spoke with a landlord – who wished to remain anonymous – who owns four properties in the Denver area to see how they’ve been effected by the stay at home order. She maintains open and empathetic communication with her tenants, but even the more seemingly stable tenants have been seeing issues. “One of my tenants is a FedEx driver, which you’d think would be fine because they’re busy, but his route is one of the malls and they’re closed. While his girlfriend still has her job, now they have to pay for daycare because there’s no school.”

While they expressed concerns about a rent freeze effecting their investments, they also expressed the deep need for empathy and compassion during this time, “I think we have to, I think we’re all in this together and being non compassionate isn’t gonna help anybody. I think the biggest worry is that people will get in over their heads. If they can’t pay for three months, when they can finally pay the fourth month, when are they gonna make up for the first three? That’s the same problem people are having with mortgages” the landlord states.

If the state chooses to go without a rent and mortgage freeze who’s really going to benefit? As the bills pile up and the income flow has completely stopped, once the moratorium ends, what’s going to happen? The aforementioned landlord states, “So then you have to come up with that extra money every month and I mean who’s really gonna be able to do that? It feels like a setup for the 2008 crash again”