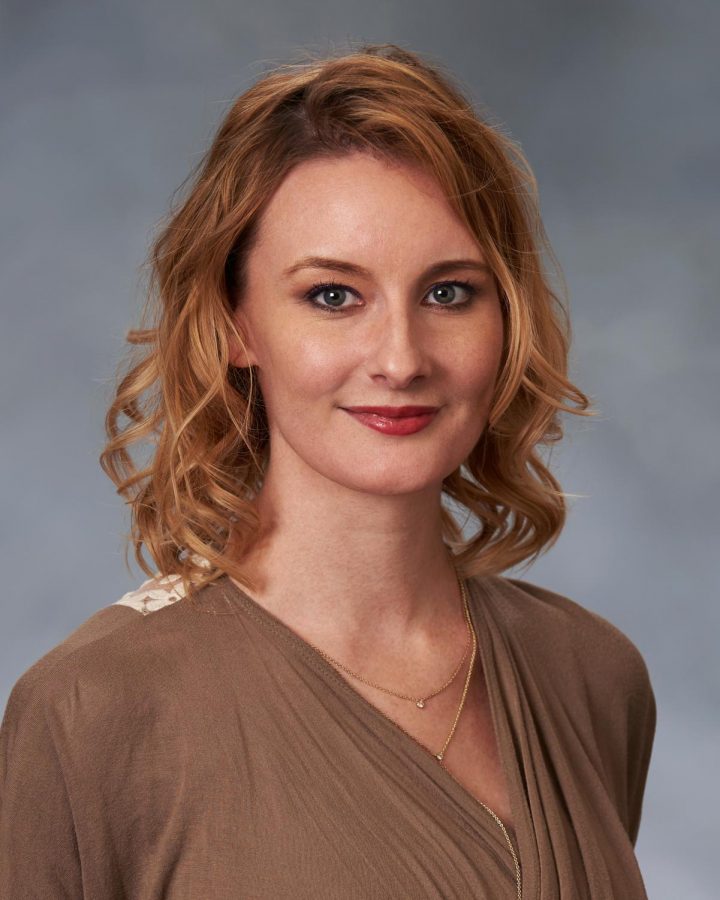 Jasmine DeValois, posing for her ACC profile picture during an employee photo session on Jan. 14, 2020.

Jasmine DeValois was hired at the Arapahoe Community College Parker Campus in August 2018. She is passionate about encouraging others, engaging with students and helping people improve themselves. A self-described night owl who reaches the height of her productivity in the evening, DeValois (pronounced dee-vah-LOY) revels in her “second shift” post covering the front desk from 1:00pm-10:00pm. Her appointment as an Administrative Assistant II in Parker has been a perfect fit. However, were it not for a last-minute change of plans, DeValois and ACC may have only been ships passing in the night.

DeValois’ background is expansive, and her global travels are widespread. Born in Colorado, she moved to Texas at the age of six before returning to her home state for her prep career. Upon graduation from Legacy High School, she enlisted in the Army.

“I needed discipline and direction at that point in my life, as well as money for college, so the Army was perfect for me,” DeValois explains. “Growing up with severe ADHD, the Army provided me with much needed structure.”

“At one point, I lived in a 40-person tent for six months,” said DeValois. “Weekends in Afghanistan were spent interacting with the locals and learning about their culture,” says DeValois. “I was amazed by their amazing resourcefulness.”

Her post-military career includes stints residing in Colorado, Philadelphia and California. She earned her bachelor’s degree (General Business) from the University of Colorado at Colorado Springs. Prior to her arrival at ACC, DeValois worked at the Lifetime Fitness Café, as an administrative assistant for an endodontics practice, and as a receptionist and tutor at UCCS. When she saw the job posting for the Parker Campus, DeValois knew it was her opportunity to make a difference.

“As soon as I walked in for my interview, I thought it felt like home,” exclaims DeValois.

Parker Campus Manager Gwen Young called DeValois back soon thereafter. Her interview went very well, but ACC had decided to offer the position to another candidate.

“I was so disappointed,” reflects DeValois. “I was hanging out with my father a few days later, explaining to him how much this position would have meant to me. All of a sudden, as we’re talking, I got another call from ACC.”

It was Young. Something had fallen through with the other candidate. The Parker Campus offered DeValois the job.

“I was absolutely elated, and of course I accepted,” DeValois exclaimed. “It was quite the turnaround of emotions right at that moment.”

Fast forward 18 months, and DeValois is still thrilled to be working at the Parker Campus. She recently completed a Project Management certificate through ACC. She hopes to study Spanish and complete a graduate degree in the future. DeValois also works a second job at the Honnibrook Craft Meadery in Castle Rock, and has interest in pursuing a fermentation certificate.

“I love the culture at the Parker Campus, it is one of openness, acceptance and friendliness,” states DeValois. “It is so fulfilling to put time and effort into helping our students realize success.”