Learning A Lesson – Was Impeachment Meaningless? 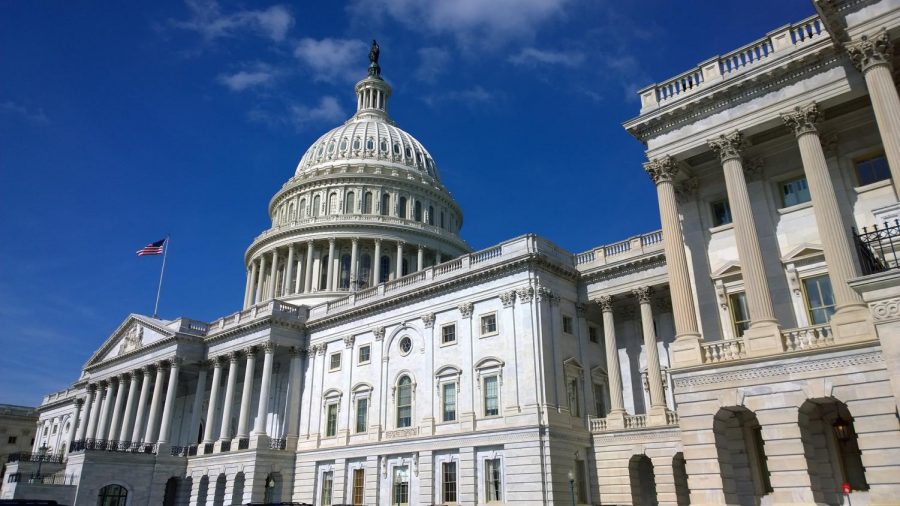 It likely came as no surprise to politically savvy news readers that the Senate voted to acquit Donald J. Trump in the impeachment vote. While Senator Mitt Romney made history by being the first to ever vote against party, other Senators and Representatives came under fire for their behaviors before, during, and after the vote. Senate Majority Leader Mitch McConnell infamously stated he “would not be an impartial juror,” unashamedly defying his congressional and constitutional duties without repercussion. Senator Lindsey Graham has come under continuous scrutiny for voicing his concerns about Trump’s behaviors and actions while simultaneously and consistently voting in favor of Trump and his policies.

Colorado Senators were split on the vote, with Michael Bennet voting to convict while Cory Gardner voted to acquit. Gardner has also refused to answer questions about whether the President’s withholding of aid to Ukraine for political dirt on Joe Biden was wrong or not. “Policy differences about corruption and the proper use of tax dollars are at the very heart of this impeachment,” Gardner said in a speech on the Senate floor. One could easily make the argument that Gardner’s words have set a dangerous precedent for future impeachment cases, as his words pave the way for someone else to dismiss a case citing differences in policy about corruption and use of tax dollars.

Gardner is currently up for reelection in the state of Colorado, and his voting record may affect his chances at a successful campaign. However, it was Senator Susan Collin’s turn to finally take center stage. Collins voted in favor of acquittal because she held the belief that Trump had learned his lesson.

Indeed, Trump had learned his lesson after impeachment. It became clear in his mind that he was once more a free man, protected by a Republican-controlled Senate. Even though he has been impeached during his first term, he remains the President of the United States, and impeachment is nothing more than a black mark on his resume.

Immediately following the vote, Trump fired Lt. Col. Vindman and his brother. Vindman was central to the impeachment hearings, testifying before the House of Representatives. Vindman’s brother had no part to play in the impeachment process. As Business Insider reports, the decision to fire both Lt. Col. Vindman and his twin brother was out of retribution and to ‘humiliate’ Vindman. However, the United States Army has stated that there will be no investigations into his conduct.

The next event to make headlines was Trump’s apparent interference in Roger Stone’s trial. Stone, known for his work on the campaigns of Richard Nixon, Ronald Reagan, and Donald Trump, also collaborated with Julian Assange, and was arrested Jan. 25th of last year in connection to the Special Council Investigation. Trump tweeted out his dislike for the recommended sentencing for Stone, which resulted in four federal prosecutors working on the case to walk out. Attorney General Bill Barr has since voiced his distaste for Trump’s interference, stating how the President’s tweets “makes it impossible to do [his] job.”

As of Feb. 20, however, Trump’s comments about Stone were rebuffed by Judge Amy Berman Jackson, and Stone was sentenced to 40 months in prison.

As a result of the controversy over Trump’s attempt to alter the outcome of Stone’s sentencing, Barr has come under scrutiny for allowing Trump to act as the law of the land. Many pundits have called upon Barr to resign from the Justice Department, and recently ABC has reported on Barr’s consideration of stepping down.

Trump has also come under fire for commuting the sentence of former Illinois Governor Rod Blagojevich. “He served eight years in jail, a long time. He seems like a very nice person, don’t know him,” Trump stated. Blagojevich was arrested and convicted for selling his Senate seat for profit, and had been serving time at the Federal Correction Institute in Englewood, Colorado. Blagojevich has since called himself a “Trump-ocrat,” and has promised to use his experience as a “political prisoner” to “fix the broken justice system.”

It is no secret that Trump has filled positions with people who are loyal to him or whose families have donated large sums to him or his campaign in exchange for favors. For example, Judge Brett Kavanaugh received his position on the Supreme Court in large for his outspoken disagreement with an outside investigation into a sitting president. And Betsy DeVos became Secretary of Education due to her family’s massive donations to the Trump campaign in 2016.

The implications of Barr resigning can be further called into question when looking at the unprecedented turnover rate of staff in the Trump administration. As of Feb. 14th, 2020, the administration boasts an incomparable 82% turnover rate. People are often fired or quit over disagreements, and positions are then filled with those who share ideologies, or potentially financial interests, with Trump, until they also depart. John Bolton’s departure is a prime example, as Bolton’s headbutting with Trump reached a climax over the controversial decision to host leaders of the Taliban at Camp David for peace talks.

So the question remains. What is the right course of action for those who fill positions in the Trump administration? Is stepping down to leave a void to be filled by the next sycophant worthwhile? It is no secret that Trump had a history of hiring a bunch of ‘yes-men’ even before becoming President of the United States. In hindsight, these behaviors also call into question the purpose of impeachment.