What is American Impeachment? A Punishment or a Process? 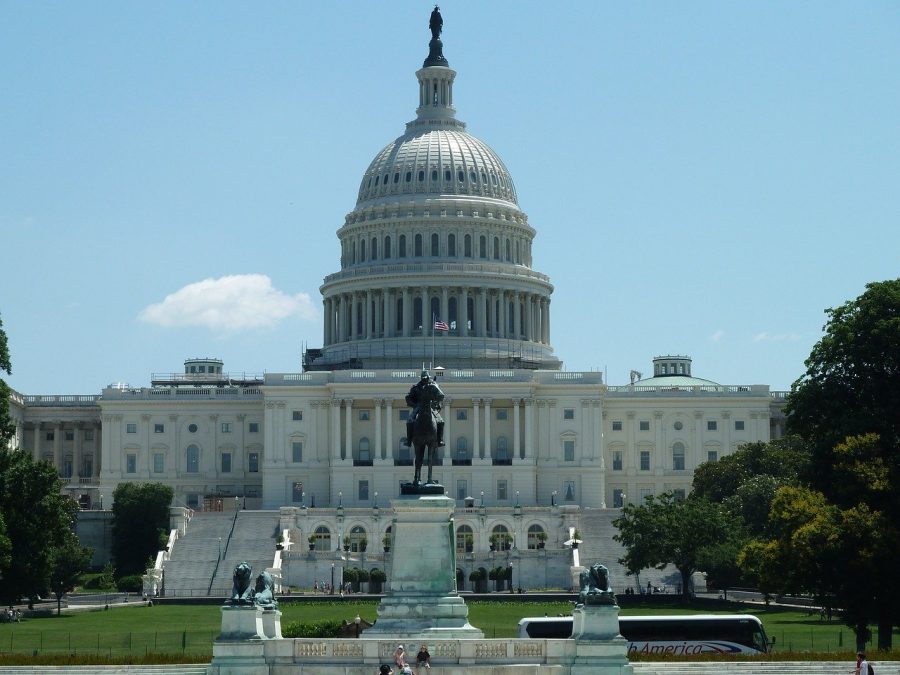 Image by Jackelberry from Pixabay

The 2010s are coming quickly a grand finale, offering a truly fascinating political landscape that can only be rivaled by HBO’s House of Cards. As the impeachment process against Donald Trump continues to move forward, there appears to be an ever present confusion about the process.

The history of impeachment in the United States is, quite frankly, rather short. Only four of the forty-five individual presidents have faced impeachment. Two have been successfully impeached but neither were convicted. The truth about the process, however, is often lost in the misinformation or misrepresentation of the facts.

Impeachment – The Who, What, Why, and How

First off, let’s make it perfectly clear that impeachment is a political process with a deliberately designed method. It’s a way to remove anyone holding political office.

“The President, Vice President and all civil Officers of the United States, shall be removed from Office on Impeachment for, and Conviction of, Treason, Bribery, or other high Crimes and Misdemeanors.” – The U.S. Constitution, Article. II., Section. 4.

Professor Michael Lenz, a political science professor at Arapahoe Community College, outlined the process for impeachment. The format is two-fold, beginning in the House before moving to the Senate.

If there is reason to suspect a political figure of what the Constitution calls “high crimes or misdemeanors” then the process of impeachment begins with hearings. These hearings work similarly to normal court hearings. Witnesses are called up and questioned, all of this to determine whether there is enough evidence to bring against the political figure.

If there is evidence to support wrong-doing then the impeachment process moves forward, being drafted in articles of impeachment by the House and passed off to the Senate for a vote to convict or acquit. There is no limit to how many articles can be drafted, either, so long as there is a minimum of one.

In the House, however, a simple majority is required to move forward with impeachment (50% + 1 vote) but in the Senate a 2/3rds majority is needed.

Four of the U.S. presidents have faced the impeachment process; Andrew Johnson, Richard Nixon, Bill Clinton, and currently Donald Trump. Two of these presidents faced conviction – Johnson and Clinton – but both were acquitted in the Senate vote.

American impeachment first reared its head in 1868, when the House voted for a resolution of impeachment against Andrew Johnson. This was triggered by Johnson’s dismissal of Edwin Stanton from the position of Secretary of War, which had come after a series of vetoes and pardons by the President in an attempt to limit Congress’ authority in the wake of the Civil War. The Senate vote was 35 for and 19 against, short of the 36 votes required for a 2/3rds majority.

Richard Nixon was the next to face impeachment in 1974. It marked the first time that the process would focus on something truly criminal. In what has since become known as “Watergate,” Nixon eventually resigned before a trial could begin in the Senate and therefore was not impeached.

In 1998, President Bill Clinton faced impeachment. To some, the reason he was impeached was because he received oral sex in the oval office. Yes, that affair is what started the process. The truth, however, is that perjury was the eventual focus of the investigation.

The Arapahoe Pinnacle reached out to former Colorado Senator, Ben Nighthorse Campbell to inquire about his experiences serving in the Senate during Clinton’s impeachment. Direct communication was established with David Devendorf, and written responses were provided by Sen. Campbell.

Sen. Campbell, who was one of 55 Republicans who voted on Clinton’s impeachment, had voted to convict. “There was not much discussion about whether perjury had occurred, it had,” he explained in his responses. “I voted to convict because I did feel that the President of the United States should be held accountable for perjury, especially in front of a grand jury.”

In the Senate vote to convict or acquit, Clinton was acquitted by a 50-50 vote, falling far short of the 2/3rds majority required.

“The discussion centered on whether such perjury was an impeachable offense? Defenders of the President argued that a man lying about an affair that could cost him his marriage and public disgrace did not rise to the level of high crimes and misdemeanors for removal from office. The other side argued that perjury was indeed a crime,” wrote Sen. Campbell.

Accountability is certainly a word that has been circulating the news in 2019. “No One is Above the Law” is arguably one of the most talked about subjects and recurring themes of both 2018 and 2019, even inspiring protests (See also) to protect the ‘Mueller investigation.’ Sen. Campbell was among those who signed a letter to Congress in support of the Special Council investigation. The investigation infamously ended on March 22, 2019.

With Donald Trump, Prof. Lenz calls the Ukraine scandal the “tipping point” for Democrats. Although Clinton was impeached for lying under oath, Trump is being looked at for the alleged crime of using his position of power to investigate a political opponent and undermine the upcoming 2020 election.

However, Lenz also points out that “most of our modern Presidents have had impeachable offenses.” The Obama administration, he explains, could have been impeached for the “Fast and Furious” scandal. Reagan, too, for his Iran-Contra scandal.