A House Divided – Finding Unity in Left and Right 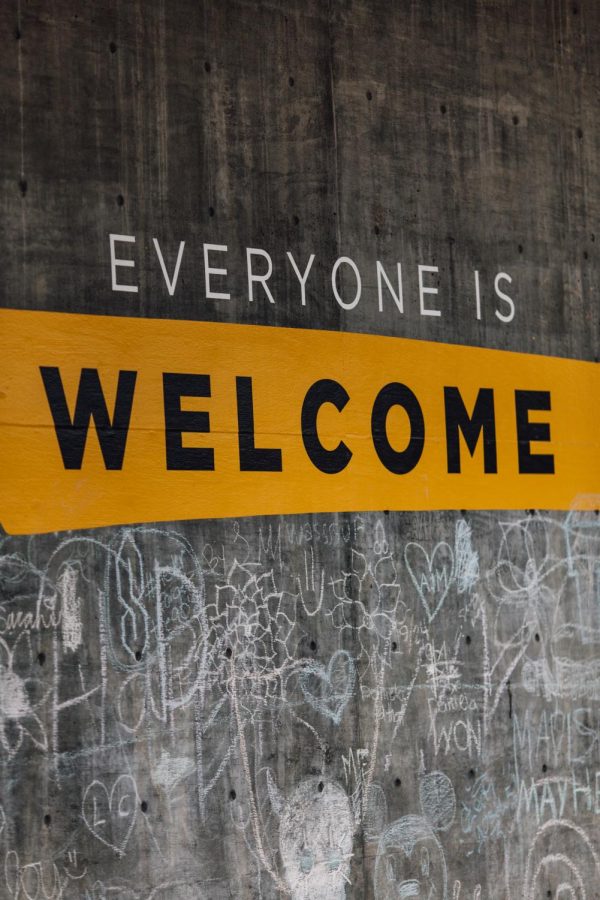 Photo by Katie Moum on Unsplash

Politics. It’s the topic that’s on every American’s mind these days, but also the one topic no one wants to discuss publicly. Michael Lenz, a professor of political science at Arapahoe Community College, doesn’t think that’s healthy and sent an open invite to students and faculty to participate in a discussion about the division in the United States.

Held in the Half Moon room at the Littleton campus on Nov. 20, at 11:30, the open forum was designed to address the problems coercing the common people to become so heavily divided.

There is a fierce hostility that has awakened, born of the maniacal cacophony of information and misinformation that plagues the news, as well as personal ideology. How can anyone agree when the President’s attorney, Rudy Giuliani, claims that “truth isn’t truth?”.

Lenz covered an array of topics for those gathered to address the sources of this political division, the divide itself, and what people can do about it.

In many ways, American politics can be likened to the classic fantasy stories of yesteryear, where good and evil were clearly defined. At least, that’s how people who follow one political party may see it. There is a clear, dualistic way of thinking when it comes to politics.

It goes even beyond simply believing that one party is right and one is wrong. People become so invested in their political party. Think of that one person you know who lives, eats, and breathes for the Denver Broncos despite never playing on the team.

A study from 2013 even showed a direct correlation between the English national team losing and an increase in spousal abuse. To some, it goes too far, even though it can often be for fun. When the internet erupted into a roar of ‘Left Shark vs Right Shark,’ or if Edward or Jacob were better for Bella. Politics, unfortunately, falls into the dangerous category of ‘us vs them.’

When it comes to politics, people often wear their party like a badge, even basing their entire identity around it. It cycles back to the person who is so invested in their local sports team. It becomes detrimental, creating an impenetrable wall that logic and reason cannot penetrate. “We are an individual society. In a communal society you have to get along with people,” shares Lori Tigner, an anthropology professor at ACC.

Wrapping oneself in the blanket of their politics, identifying purely on those ideologies, is a dangerous step towards division. There are many divisive topics in the news today and have been for the past several years, but politicians and activist groups refuse to concede to any cooperation on those topics. Refusing to listen to or talk to one another is how this division has been allowed to grow so much.

“More and more Americans are not trusting, not just their government, but each other,” explains Lenz. In a survey by the Pew Research Center, there was a striking line between Republicans and Democrats that, ironically, mirrored one another.

In September 2019, 79 percent of Democrats gave Republicans a “cold” rating, and 83 percent of Republicans gave the same rating to Democrats, indicating dislike and distrust.

America also thrives on the here and now. Americans are accustomed to having everything on easy street, from fast internet to next day Prime deliveries, and the news is no different.

The same division that is present in our lives is also present in the news we watch, and because of this America has a fascination with echo chambers – or ‘safe places.’

“You could argue that our morals aren’t up to par,” explains Lenz. “We’ve become more consumeristic.” Turn on the television and what is present? CNN or MSNBC peddling the left’s talking points, while Fox News or Breitbart will fiercely defend the right. That division is getting worse, and leaves behind arguably the most important group of all.

America, simply put, has a lack of representation. No, not in terms of homosexual senators or governors. Nor in terms of color and race. America, in its fascination with left versus right, has forgotten about the middle ground.

The same trends exist today as did a century ago. When Americans try to rectify their mistakes and wrongdoings towards people of different color, creeds, or sexualities, it leaves other groups behind.

Is that good enough for America? Is it fair that people grow further apart from one another because the common ground can be so hard to find?

Is common ground even so difficult to find?

Yes, it is, because Americans are not talking to each other anymore. It’s so easy in this day and age to block someone on Facebook or Twitter or remove someone from your life.

The internet has simultaneously broadened and narrowed our horizons, permitting us the tools to seek out new information while also group with whoever shares our beliefs.

But that is how it always begins – by talking. Talking and listening. It can be difficult to empathize with someone you never met, whose situation and history you could never imagine. But that spark of creating meaningful dialogue will ignite understanding.

A group called Better Angels has begun exactly this process. Meeting in conference rooms or the basement of churches, participants engage in earnest conversation, following one of the most important lessons of Christianity: “Do unto others as you would have them do unto you.”

Loud, dismissive arguing is not the path forward. Allowing others to speak, to hear them and their woes and concerns is the first step in healing this divide.

It is difficult to give someone a platform when you don’t agree with their statements. There are many controversial topics that, simply, Americans will never fully agree on. However, not agreeing on one topic should not keep people from being amiable.

At the end of the discussion, Lenz held a brief Q&A. His final thoughts, however, were reminiscent of a very recent event.

After coming under some fire for a picture with President George Bush in early October of this year, Ellen DeGeneres reminded Americans that, “When I say be kind to one another, I don’t mean only the people that think the same way that you do. I mean be kind to everyone.”