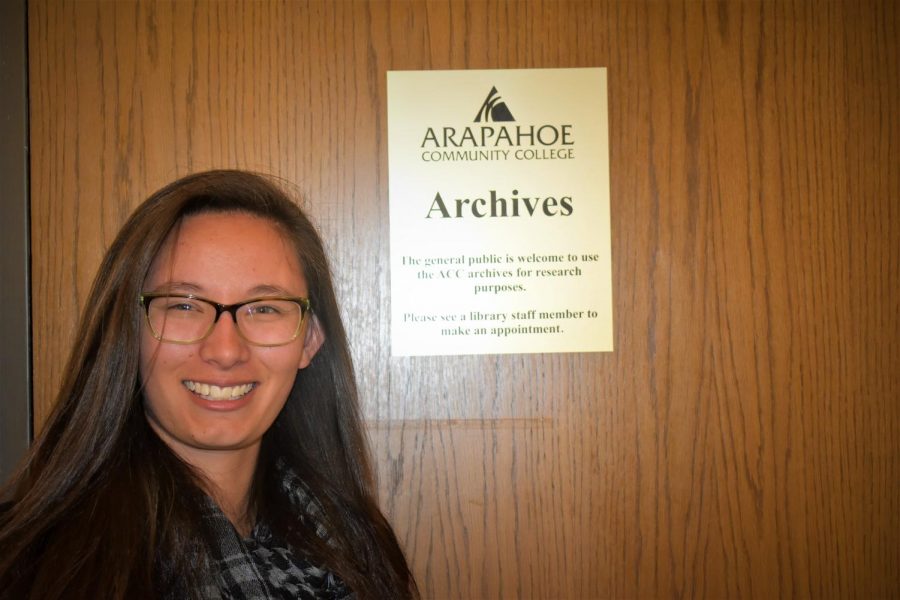 Courtney Johnston, 25, lifetime local resident of Littleton, Colo., held many aspirations early in life. At age 5, she dreamed of becoming an Egyptologist after being gifted a book by her parents on Ancient Egypt. But- like most kids- she changed her mind and decided that she wanted to become a pediatrician. She retained that decision all the way until her first year of college. While signing up for her chosen college’s medical program registration, Johnston saw more than a handful of classes to her disliking. Johnston abruptly decided go back to her roots-going full circle back to when she was just 5 years old- and commit to what she truly loved: History.

Johnston’s liking for the subject influenced her enough to go after a bachelor’s in the field at Colorado Mesa University in Grand Junction.  “It was so wonderful [at Mesa]. I met a lot of really wonderful friends, and having those both historical debates and historical arguments with the small class sizes made those discussions really rich and vibrant.” Johnston says with a smile. “I ended up in the right place when I was over there.”

Her determination for the field was cemented after successfully presenting a senior thesis on history to the CMU Student Showcase-something she claims to be one of her favorite accomplishments. Johnston, who calls herself introverted, usually has stayed away from public speaking. After everyone in her group was assigned an individual presentation on a subtopic they would speak to the class on, Johnston got anxious.  “I remember my heart just pounding.” Johnston States. “I recall just going up [to present] with all I had.” Fortunately, after days of waiting, her presentation was eventually deemed as the best in her group of seven others. “It made me think that ‘I know I can do this’.” States Johnston. “Definitely a moment I won’t ever forget.” Her search for a fitting major was over.

Johnston considers her families’ foreign background to be one of the biggest impacts on her love for history, other cultures and literature. “My mother was from Holland and my grandparents were from Indonesia. My grandparents emigrated to the Netherlands after Indonesia’s civil war and then later emigrated to the United States.” States Johnston. “We grew up eating Indonesian dishes, hearing stories about my grandparent’s lives before they emigrated, and things like that. My siblings and I have always been interested in that side of our family history.”

When Johnston obtained her degree, she first wanted to look into archaeology, but for greater opportunity it would’ve required her to leave the state she adores so much. “I love the foothills. I’ve done my traveling and I always end up coming back. I Don’t plan to leave anytime soon.” Johnston says. She then found herself looking for work in the field of Library Science, finding a part-time opening as a Graduate Assistant at Arapahoe Community College.

“The day I was hired I remember coming in and it was early in the semester. So there was a faculty and staff coffee social that I went to. And Lisa Blake, who was the Archive and Reference Librarian at the time, was there and gave me some collection development to do, and that’s was what I did my first day,” says Johnston.

And from there the rest is… history.

Johnston has been employed for nearly 2 years as ACC’s first fully trained archivist; being hired on full-time in July, 2019. She is primarily in charge of aiding students with their research and managing the school’s dense archives that date back to over half a century ago. Some might find the work dull, but Johnston dove in headfirst, embracing her passion for history.

“Littleton is my home community, so by working in the archives I feel connected to home in a tangible way,” Johnston expresses.

While spending hours upon hours in the college’s archives, Johnston has learned some pretty fascinating things that about ACC’s past. According to Johnston and archive documents, the school held an “ACC’s most foxiest girl contest” in which a winner was selected- ACC’s former newspaper, The Rapp Street Journal, the student publication even followed up on her in the 1990s.

Johnston cherishes one thing in her job more than anything else: the students. “I fell in love with the community and it’s a little more intimate than a four year school since your dealing with with twenty to thirty people in a class rather than a hundred.”Johnston says. “I know it sounds typical, but I really enjoy working with students. For example when I help a student and see how the student’s project changes and grows and then they come back to me saying ‘I got an A on this paper because you told me to research something I enjoy rather then something I don’t.’ Little things like that. That’s what makes what we do worth it.”

Although, something Johnston enjoys just much as history is reading, especially Fantasy, Sci-Fi and obviously History novels. “I know its cliche for a librarian, but I read a lot, everything and anything. Just anything I really feel in that moment. Anything but poetry is fair game.” Johnston notes that her love for literature fits well working in a public library.

Johnston anticipates the archive and ACC’s public library can continue to become of great use, to not just students, but the whole community.

In the future, she hopes to complete the process of organizing, indexing and cataloging of the school’s archives as well as to collaborate with the city of Littleton in hopes to find and share even more information about the community that ACC’s main campus resides in.