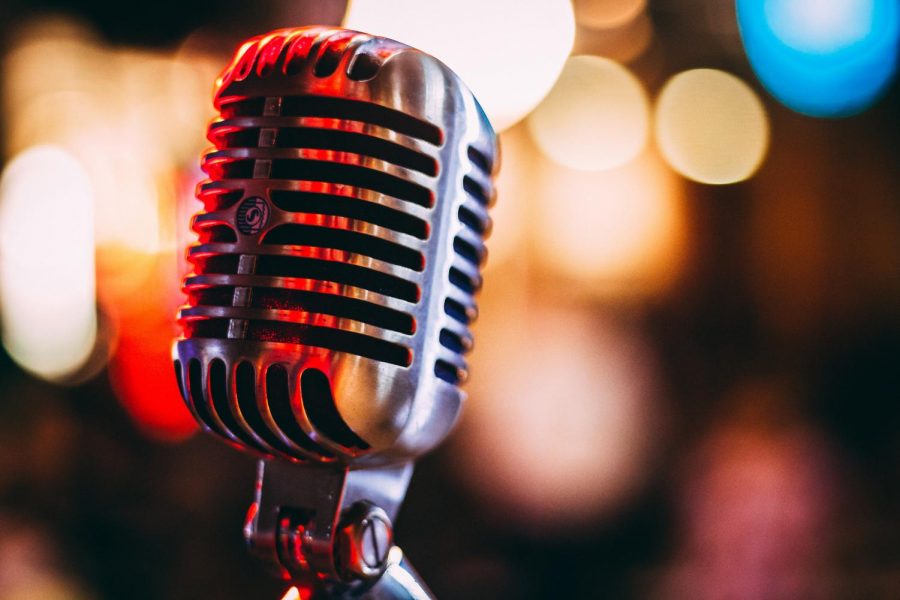 On Wed., Sep. 25, 2019, Arapahoe Community College hosted a free J’s Ruckus concert. The hour and a half of the hip hop and jazz show were recorded live in Warring Theater. Between their stage presence and decoration, J’s Ruckus created a very intimate, homey environment for the audience.

The lounge chairs and rugs on the stage created the illusion of watching a band play in their own homes. Often throughout the show, Alan Brooks (vocals) and Jason Klobnak on trumpet, would sit down to enjoy the instrumental parts being lead by Eric Erhardt on tenor or Jeff Jenkins on the organ/keyboard. Meanwhile, drummer James Roberson and bass player Kim Bird provided a steady beat, compelling the audience to nod their heads, tap their feet and cheering during and in between songs. The music alone was enough to get a response from the audience, but the stage presence created the real response.

People in the audience were live streaming videos to Facebook and recording the performance to keep. Alan Brooks continuously danced to the music and the other band members used facial expressions and body language that showed they were totally into the music they were creating. Not only that, but the band of six communicated flawlessly at times using only eye contact to que each other during moments of improv. At one point, they even called a volunteer to the stage, Sarah, to participate in the creation of a chorus. They later gave out some free merchandise to two people in the audience, one of the people being Sarah, the volunteer.

For their last song, J’s Ruckus created a very memorable stage exit. Starting with James Roberson, the band members began to slowly leave the stage one by one, until the audience was left only with the sound of music reverberating off the theatre walls. When the band returned to the stage, they were met with a standing ovation from the audience.

If you would like to hear what you missed on Wednesday night, J’s Ruckus has a Spotify for online streaming.