Should Certain Books Really Be Censored? 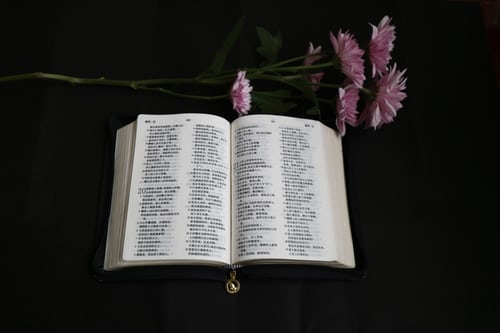 Banning books has been an interesting subject that has mainly been associated with political ideas; however, it’s still an issue today that goes beyond politics. Today, rather than being triggered by socialism, people are being triggered by two other ‘s’ words—sex and suicide.

Books are being banned in school districts due to their outspoken messages about issues on the hot plate in the adult world. People are concerned about what their children may be exposed to, and while this concern is valid, it needs to be focused on the individual families and schools rather than the district governments.

The American Library Association has a list of the “Ten Most Challenged Books” in different communities for 2017, and it is from this list that I chose two challenged and banned books.

The first is Thirteen Reasons Why by Jay Asher, a novel about a boy in high school named Clay who discovers the reasons why his classmate, Hannah Baker, had committed suicide. He listens through Hannah’s recordings describing the people and actions that contributed to her decision, including rumors, lies, theft, and exploitation. It is a sobering story that reminds the readers of the major consequences their seemingly minor mistakes can make. This book was challenged and banned because it discusses suicide.

Another recent example, Sex is a Funny Word by Cory and Fiona Smyth, is a children’s book aimed at educating children on body parts and functions and prompting discussion about sex between the child and parent. It’s targeted for children of 8 to 10 years old and goes beyond talking about the birds and the bees, including discussion of transgender, gay, lesbian, and other non-conforming perspectives of sex. It was banned because people were concerned it would lead children to want sex or to ask questions about it.

These books were challenged and banned based solely on the content they included and the response expected from it. Thirteen Reasons Why, for example, was challenged because it discussed suicide, a very heavy topic that can make people uneasy and upset. Parents and school administrators were likely concerned that if young adults read this book romanticizing suicide, it would trigger some to start having suicidal thoughts and commit it themselves.

Sex is a Funny Word was also banned because people were afraid of what the readers would take from the book, namely curiosity and intrigue about sex. Sexuality is a hotly debated topic in the adult world, and parents may be concerned that exposing their children to such books would be inappropriate or dangerous. On the flip side, the authors defend their books by claiming they are trying to put a message out there and start discussion on a topic that needs it. They say talking about suicide can be necessary for prevention and talking about sex early on in a child’s development is crucial for their safety and health.

From what I can see, a lot of the criticism for these books stems from a religious perspective. The conservative attitude has made heavy subjects such as suicide or sex to be taboo.

Being a Christian myself, I see how prevalent this view is. People believe if they don’t talk about it, it won’t happen. Conversely, they believe if they do talk about it, it will happen. They become concerned that these books will expose their child to topics that they themselves do not want to expose their child to, regardless of maturity level or curiosity.Talking about subjects like suicide or sex brings up a lot of questions leading to morality and spirituality. Religious parents especially may be worried that these discussions may lead to exposing views to their children that are contrary to their own beliefs.

I can understand why parents would want to restrict their child from being exposed to certain topics, but that power should rest in the parents’ and individual schools’ hands, not the government. While discussion about suicide and sex are topics that should be had with children and teenagers—especially when they are relevant—it should be brought up at the discretion of the parents. The parents know their child and their maturity level best, as well as when and how they should discuss these topics. If a parent doesn’t approve of a school’s reading material, they should move their child to a different school.

Banning a book from an individual school isn’t necessarily wrong either, as long as there are other ways of access. If a child’s school has banned a book but the parent wishes their child to read it, they should be able to access it from a library or bookstore. If one school wishes to ban a book and another school decides not to, then so be it. Pressuring an entire school district or community into banning a certain book because of the preferences or parenting styles of a few families is not democratic nor fair.

The subject of banning books is still a hot issue and may require different arguments depending on the reading material being considered. When it comes to books about suicide and sex, most of the concerns come from parents.Indeed, parents should be the ones controlling what their child is exposed to. However, a parent has no right to govern what other children should read just because they don’t want their own child to be exposed.

While individual families and schools may retain the ability to ban books, information must not be kept from entire communities for democracy’s sake.