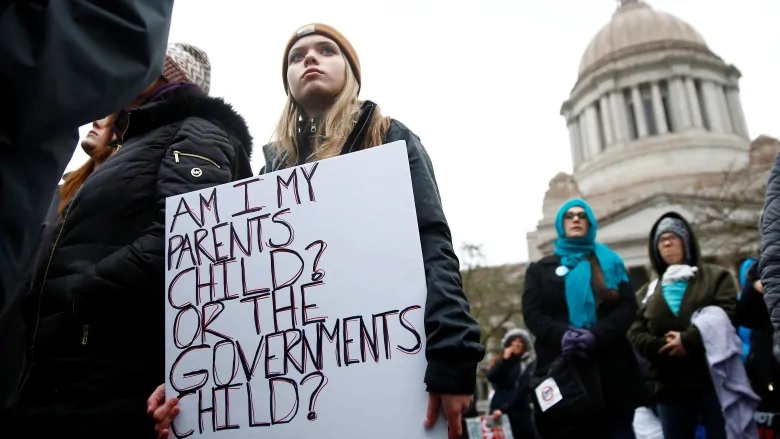 This piece has been selected to be re-run by the Editor-in-chief as the United States wrestles with vaccine mandates and vaccine misinformation, and the on-going Covid-19 pandemic.

All across the United States, a fierce debate is taking place over whether vaccines should be mandatory. While it was previously acceptable for parents to exempt their children from certain vaccinations for religious or health reasons, recent measles outbreaks have caused many in the political and media class to push for a strict mandatory vaccination regimen.

Colorado lawmakers recently pushed for a bill called HB19-1312 that would have made it next to impossible for families to exempt their children from vaccination, but it wound up getting voted down by Republican senators.

Let’s start off by examining the side of the debate which is most often touted and given platform by the mainstream media, the pro-vaccine side.

Proponents of mandatory vaccination always refer to some of the great societal advances that vaccines brought us, such as the near elimination of diseases like polio, rubella, diphtheria and the measles. They also profess that vaccines are thoroughly tested and safe, arguing that the amount of vaccine injuries that do occur are the cost society must pay to achieve herd immunity.

The current mainstream narrative is that anyone who disagrees with these talking points is a tinfoil hat wearing Anti-Vaxxer choosing to deny science.

A prime example of this is Frank Brunni’s New York Times op-ed titled “The Real Horror of The Anti-Vaxxers,” wherein Brunni offers: “And that’s because the anti-vaccine crowd (or anti-vaxxers) aren’t trafficking in anything as concrete, mundane and quaint as facts. They’re not really engaged in a debate about medicine. They’re immersed in a world of conspiracies, in the dark shadows where no data can be trusted, nothing is what it seems and those who buy the party line are pitiable sheep.”

While it is true that if you look hard enough you’re going to find some unstable extremists who think that all vaccines implant CIA tracking devices into your bloodstream and the only way to remove them is with crystal energy and sage burning, those people certainly don’t represent most of the groups that get labeled “Anti-Vax.”

Many of them are in religious communities who have very strict beliefs as far as what can be considered medicine like Hasidic Jews or Jehovah’s Witnesses and forcing them to partake in mandatory vaccinations would be a clear violation of their constitutional right of freedom of religion.

However, the largest and most vocal  people that get lumped under the all-encompassing “Anti-Vax” term are health advocates, medical professionals and scientists that work in groups like Physicians for Informed Consent and Informed Consent Action Network.

These groups are far from “anti-science” and don’t doubt the science of vaccinations, but argue that the vaccine industry is shockingly under-regulated and that we’re putting our country’s youth at risk just to make Big Pharma even more billions of dollars.

While these groups discuss mountains of different disputable scientific studies and arguments over the efficacy of certain vaccine ingredients, for this essay we’ll stick to their main arguments for why the Vaccine industry is corrupt and in desperate need of reform.

They argue that corruption in the vaccine industry started with the National Childhood Vaccine Injury Prevention Act of 1986. By passing this act, Congress granted vaccine manufacturers financial immunity from any vaccine injury liability, instead shifting the burden to United States’ taxpayers.

Without fear of repercussions of market forces, vaccine manufacturers have less desire to ensure quality vaccines and more motivation to create and push as many new vaccines as possible.

According to an Informed Consent Action Network pamphlet entitled Vaccine Safety, Introduction to Vaccine Safety Science & Policy in the United States, “Since passage of the 1986 Act, the number of required pediatric vaccines has grown rapidly.  In 1983, the CDC’s childhood vaccine schedule included 11 injections of 4 vaccines. As of 2017, the CDC’s childhood vaccine schedule includes 56 injections of 30 different vaccines.”

Who would have guessed than removing financial liability from a multi-billion dollar industry would lead to reckless mass production of vaccinations?

This is made even more worrying when you understand how low FDA standards are to approve a vaccine. The following paragraph is a rundown of FDA vaccine guidelines from an Informed Consent Action Network pamphlet titled, “Vaccine Safety, Introduction to Vaccine Safety Science & Policy in the United States.”

“Unfortunately, unlike all non-vaccine drugs licensed by the FDA, vaccines are not required to undergo long-term double-blind inert-placebo controlled trials to assess safety. In fact, not a single one of the clinical trials for vaccines given to babies and toddlers had a control group receiving an inert placebo.  Further, most pediatric vaccines currently on the market have been approved based on studies with inadequate follow-up periods of only a few days or weeks.”

That’s right, the aspirin you take after a stressful day at work had to undergo far more rigorous safety trials than the chemical cocktail vaccinations that our babies get injected with on their first day of life.

Both sides of this argument are fighting for the same end goal: improving our countries public health. While there are always going to be people who simply don’t trust science, it’s important not to lump them into the same group as medical professionals pushing for vaccine safety.

If we ever want vaccines to be successful enough to improve public health, we must first end their financial immunity regarding vaccine injuries that only incentivizes them to produce mediocre products with little concern for safety. After that, we need to require rigorous clinical trials for vaccines just like any other pharmaceutical product in this country. Without double-blind, inert-placebo controlled trials there’s no scientific proof that the vaccine even works.

Mandatory vaccinations in a country where they’re so astonishingly unregulated is a frightening concept. If stronger regulations were implemented, we’d eliminate the chance of children suffering from negative side effects and hold massive pharmaceutical companies accountable for cutting corners. It’s time that we treat vaccines like any other drug in this country.