Pinnacle Classic- Rise Above: The Life of a Survivor 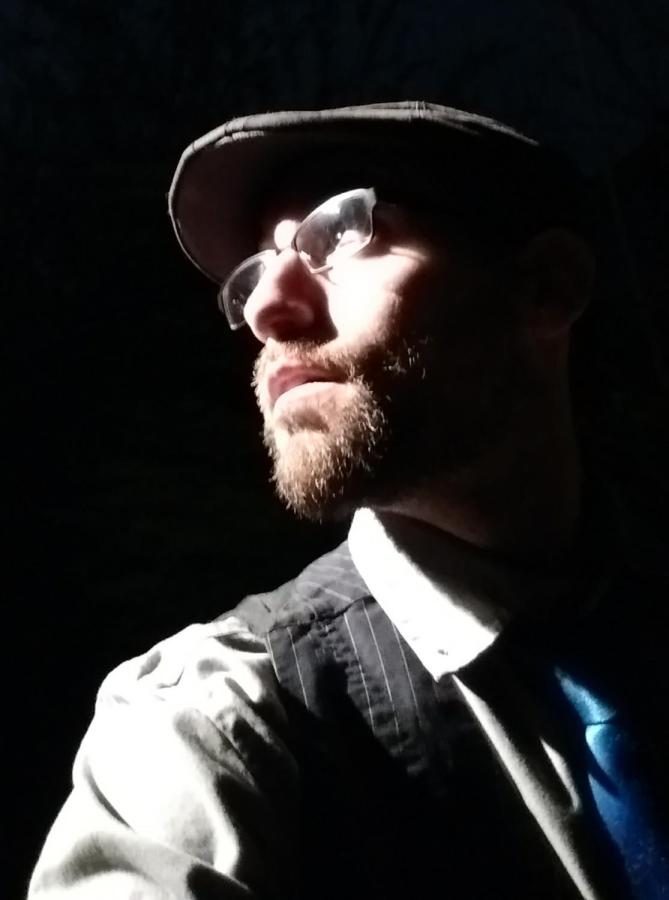 Editor’s Note: This article ran previously on March 22, 2018. We at the Arapahoe Pinnacle chose to run this selection again for readers who may have missed this important story.

We watch the news and read the articles; shootings, predominantly in schools, are hitting our society like plague. These days we are all too familiar with the media littering our screens with helicopter shots of the crowded school grounds, of kids being evacuated. The front pages of our newspapers are plastered with images of ambulances wheeling off injured people who never saw the shot coming. It’s a sobering thought, to say the least.

But what about the survivors? What do they go through? One might not think about the long term effects of living through something that traumatic. But they exist; I know first hand.

My name is Dylan Maximilian Boxer, and I am a survivor of the Aurora Theater shooting of 2012.

To fully understand the gravity of my situation, you must know what I had gone through. The night started out like any other. A friend and I were on our way to catch the midnight premiere of the newest Batman movie, “The Dark Knight Rises.” We decided to get tickets at an inexpensive local theater, the Century 16 theater in Aurora. As we made our way into the theater, the sounds of laughter and excitement could be heard echoing throughout the popcorn-ridden lobby. My friend and I found our seats in the fourth row from the bottom of the stadium-style auditorium, near the stairs.

Those that have been to a midnight premiere know that they are a lot of fun. The energy is electric. You feel like you’re immediately friends with the person next to you, on account of the common denominator that brought everyone together. Eventually, the lights dimmed and the movie started. About eighteen minutes into the feature, a man dressed in what could be described as SWAT gear kicked open the emergency exit from the outside and made his way into the center of the walkway. He stopped briefly and deployed two cans of yellow gas into the audience.

At first, I just thought it was a prank. I had some friends growing up that would set off stink gas in public places and watch people’s expressions; but this wasn’t that. One of the cans soared over my head and, as the gas fell, it started to burn my eyes, nose and throat. Nearly blinded and suffocating, a sense of dread and panic rushed through me. I couldn’t reflect on these feelings for very long because, at that moment, this man in the center of the aisle opened fire into the audience.

My first instinct was to duck for cover. Unfortunately, I was one of the few. Some of the people around me stood up out of shock. As a result, they were shot. Others tried to sprint toward the exit. They were also shot. I compressed myself as close to the soda and blood soaked floor as I could so that I could be the smallest target possible. In this moment, I couldn’t see; the theater was still dark and I was blinded by tear gas. The only sense I could focus on was my hearing. That’s when I started to pick apart this situation. But I had to be quick. Any thought popping into my head could very well be my last.

Focusing on the sounds around me, I noticed that his gunshots were sporadic and, therefore, he wasn’t aiming at any one thing. But, if that was the case, why deploy tear gas? Why not just open fire? He was just causing more panic. No, he was making it so we had to leave our seats and evacuate if we wanted to breath; he was trying to smoke us out and pick us off at the exits.

I tried to tell the people around me what I had discovered, but my voice couldn’t carry over the bloody screams of my fellow movie goers, the irregular intervals of gunshots, and the fact the movie was still playing. The only one who could hear me was my friend crouched next to me, trying to take cover. I told her that the shooter would eventually turn the corner and proceed down the exits to fulfill the rest of his plan. At that time, we needed to ascend the stairs and leave through the emergency exit at the top of the theater.

My friend, who had a clear line of sight on the shooter, kept an eye on him as he made that fateful turn that I had predicted. At that moment, we dashed up the stairs and left Theater 9 behind us. We took with us our bloodied and tear gas soaked clothes, a purse full of buckshot and a slew of painful memories.

The way one lives life after something like this is completely up to the individual. People have different ways of dealing with trauma based on their level of emotional understanding or psychological state. There is no cookie-cutter, one-size-fits-all way of dealing with the burden of being a survivor. Everyone who experiences a shooting firsthand needs to heal at their own pace. Some people take six months, and some people take six years.

Image via Dylan Boxer
A newspaper clipping from The New York Times Jan. 18, 2013 article “A Scene of Carnage is a Movie Theater Again.”

As far as my own recovery, I spent years recounting the story over and over to curious friends and family members of mine. It allowed me to open up about my feelings and fears in a safe place. I was showered by love and positivity from those around me and that made me look at the tragedy in a different light. I can’t forget what had happened in Theater 9, so I might as well grow from it. I still get scared in crowds and movie theaters, but I choose not to let that impact my life in a negative way. I wake up every morning, and I make the conscious choice to be happy.

For anyone reading this who has experienced tragedy that might seem like life is an endless void of blackened despair, know that it is possible to find happiness again. But it’s up to you. It’s easy to have these catastrophes pile on top, crushing you. Or you could conquer them and rise above.