What’s Up With That Mountain Lion Attack?

Well... We Are In Their Spaces 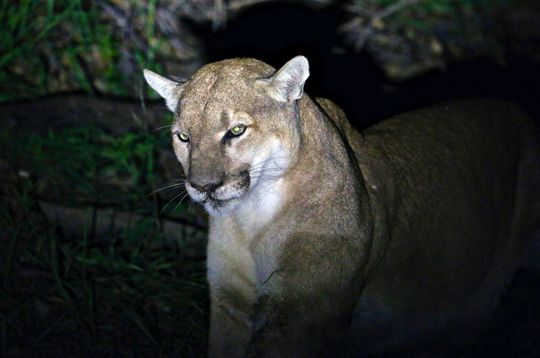 These cats aren't anything to mess with.

By now we’ve all heard of the mountain lion that mauled an as-yet-unidentified runner on a Colorado trail in Fort Collins on February 4th, and how the man fought back and suffocated the animal. Such a bizarre story goes national quickly.

Wildlife officials appear nonplussed, with Colorado Parks and Wildlife Tweeting that the examination of the dead wildcat revealed that it was indeed choked to death. A spokeswoman for the agency, Rebecca Ferrell noted that the runner had read an article on how to survive such an attack. “He did this just out of sheer will and defense of himself,” Ferrell said. What a lucky, clever, quick-thinking guy.

Here’s an article on how to survive an attack like this, by the way.

What a strange, one-off experience, right?

Well, that’s location dependent and as our population grows, probably time dependent. Right now, mountain lions go out of their way to avoid humans (who doesn’t, though?) and the animals kill us relatively infrequently, racking up fewer than 20 confirmed kills in North America in over 100 years.

Being in Colorado appears to increase those odds, though. Colorado still has wide swaths of open space and natural settings, and mountain lions survive here more readily than they do in, say, New York City, Dallas or Los Angeles. Since 1990, there have been 16 attacks resulting in injury and 3 resulting in death.

The Wildlife Land Trust highlights that the thing is, we keep moving further and further into wild spaces. Sometimes the human response to this is hyper-deadly, hunting some predators to the verge of extinction to protect livestock. Or, sometimes, just for fun. Sport hunting is a uniquely human fault.

In some spaces and communities, the problem can be mere nuisance: wild animals like raccoons or opossums breaking into our garbage cans or eating the literal fruits of our labor out of our gardens. Here in Littleton, coyotes stalk the streets at night and spend their days in culverts and dens right here in suburbia. There’s little interaction with humans, outside of occasionally gawking at a pair of the wild dogs loping gracefully down Windermere Avenue of an evening.

Up in the mountains, hungry bears will casually make an appearance on the lawns, porches and decks of people careless enough to leave tasty-smelling trash out and campers are advised by experts from camping and hiking outfits like Blueridge Outdoors to leave their foodstuffs locked in cars or tied up in trees. Deer are everywhere, obviously, and present a different sort of danger to startled drivers. Then there are those yowling mountain lions, urging people indoors on summer evenings when the yowls sound just a little too close.

Remember, we’re but one species out of millions inhabiting the earth and many of us seem to have taken it into our clever primate brains that we’re the only ones who truly matter. Occasionally a wildcat appears to remind us that we’re still part of the food chain. So if you intend to spend your time outside of the concrete jungle of Denver in the mile-high, actually-an-arid-alpine-desert jungle of the Rockies, spend some time studying how best to survive.

If you’re a conscientious type, you should also endeavor to learn how not to endanger the other animals trying to survive alongside us. We are, after all, the most dangerous animal in the world. Even more so than mountain lions, tigers and bears, oh my. Let’s give ’em a little space and respect, shall we?