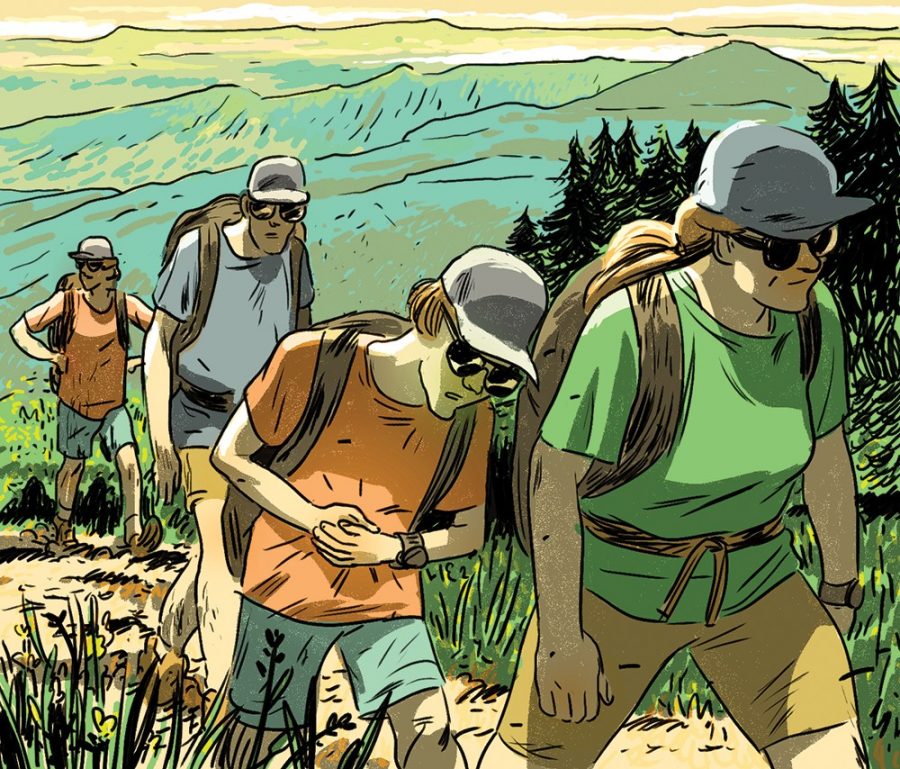 As much as the mountains fill the hiker’s heart with joy, there are times when your body betrays you. As living beings, our bodies are very good at adapting to different environments yet, lacking oxygen is one issue that cannot be compromised.

Altitude sickness can affect everyone, even the best athletes. It is caused by the decrease in pressure, and consequentially reduction in oxygen when one suddenly rises in elevation. Getting altitude sickness has nothing to do with how fit a person is, but how the body reacts to lack of oxygen. One does not need to be hiking to be affected. Anytime a person goes up to more than 8,000 feet, they are in danger.

Acute mountain sickness is the most common type and is one the that comes to mind when people think of altitude sickness. It is the milder form, and is not life-threatening. The symptoms include headache, nausea, vomiting, lethargy, dizziness and troubles sleeping.

Several factors cause some to be at a higher risk of being affected, such as ascending too quickly to high altitudes, ingesting alcohol or other substances, or history of having it before. Also at risk are those with medical issues in the lungs, heart, or nervous system as well as those who live at lower elevations.

The best way to treat AMS is prevention. Make sure you give your body enough time to acclimate. That is why hikers often camp overnight when doing several mountains at once or when climbing peaks higher than 14ers.

Dr. David Shlim, the Medical Director of the CIWEC Clinic Travel Medicine Center in Kathmandu, Nepal, created three golden rules to follow when you are at high altitudes:

Getting back down to a lower altitude is the most effective treatment for AMS. Various drugs and other remedies have been tested, but acetazolamide (aka Diamox) works the best to reduce the symptoms. If needed, carrying oxygen significantly reduces the risk for AMS at elevations above 10,000 feet.

High altitude pulmonary oedema is life-threatening because fluid builds in the lungs and decreases the amount of oxygen the lungs can take in. It is accompanied by breathlessness and the same symptoms as AMS. Other symptoms are a cough with which a person may spit up a white or pink frothy substance. It may take a couple days after being above 8,000 ft. for HAPE to develop.

HAPE is still being researched, and medical professionals are still unsure of who are most at risk. They do know if one is more likely to get it if they have had it before. Just like ASM, ascending high altitudes quickly poses the risk of getting HAPE, as well as vigorous exercise and chest infections.
Again, descending to a lower elevation is the best treatment for HAPE. Having oxygen and certain drugs will also reduce the symptoms.

High altitude cerebral oedema is a severe form of altitude sickness in which fluid builds up in the brain but a low percentage of people actually get it. It often occurs if someone already has AMS and instead of descending or acclimating slowly, they continue to ascend.

Symptoms include: severe headache, vomiting, and lethargy that can lead to unsteadiness, confusion, drowsiness and coma. It is important to get down immediately because HACE can lead to death after a couple hours.

Now that you are scared of going to the mountains ever again, it is important to note that HAPE and HACE usually develop with climbers who ascend taller mountains than our 14ers in Colorado. While altitude sickness is something to be concerned about, it is not very likely that it will happen to you as long as you are cautious in not overexerting your body and heed its warning signs.