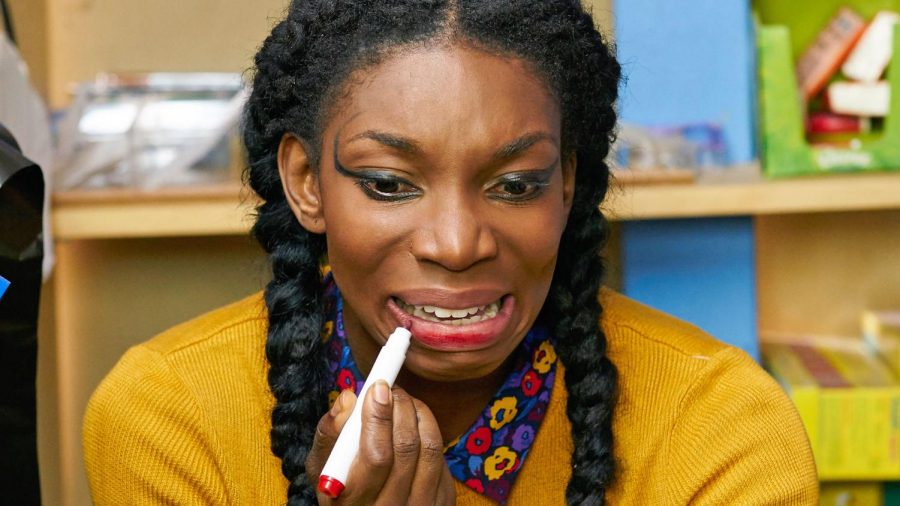 I’ve always been fond of independent films and TV shows because of the creativity, passion and artistry that differentiates these films and tv shows from other mainstream productions. Independent films are the base for those who take risks in their style and approach– allowing themselves to take pride and deeply care about their work far beyond its economic value.

I find most of these independent films and tv shows on Netflix. I, and many others I’m sure, enjoy binge-watching worthy tv shows on there. My latest series is undoubtedly a hidden gem: “Chewing Gum,” a cheeky, humorous, and crude British sitcom based in a London housing estate, a.k.a the projects.

“Chewing Gum” is written by Michaela Coel, who based the show on her own autobiographical work called “Chewing Gum Dreams.” In the series, Coel’s particular comedic rhythms, along with the show’s approach to camera work and editing, fortify the singularity in her voice. The show has a strong vaudeville style and a bold, in-your-face attitude, with Coel often turning to the camera to add commentary on the present situations and breaking out into spasmodic celebration dances on the rare occasions when her schemes go as planned.

Coel plays a sexually anxious, 24-year-old virgin named Tracy who was raised in a Pentecostal Christian, Ghanaian household, along with her mother and naive younger sister. Tracy’s main goal: lose her virginity.

Tracy’s cluelessness is matched only by the lengths she’ll go to lose her virginity. In the pilot episode, Tracy and her also sanctimonious and sophisticated boyfriend, Ronald, are seen mid-prayer. Tracy has grown more and more curious about the mysteries of sex and conjured up many ways to attempt to seduce Ronald, but time and time again she fails. Ronald is not interested- he makes Tracy feel guilty about not saving herself for marriage. But this is not the ruling reason as to why Ronald is uninterested- Ronald is actually a closeted Christian.

By the end of the pilot, Tracy is leaped on top of a dopey-white boy named Connor, smothering him with her pajama bottoms. Throughout the season, Tracy blunders through a dizzying collection of sexual encounters, each more absurd than the last. She’s crude, perplexed, innocent, and deeply human. She has frequent wet dreams about Jay Z that end in nose bleeds, and she finds herself sitting on top of a man’s face but is not sure if she is supposed to remove her clothes. She says things like “I know sexual harassment is illegal but it came from my heart.”

But “Chewing Gum” is more than just a horny, oversexed, slapstick romp, it’s a tale about losing faith. Lines like “my dear, your vagina is holy, leave your nether regions be,” are paired with others like “just sit on his face, and if he doesn’t open his mouth, just hold his nose.” Coel’s character Tracy, along with her demeanor, humor, and hilariously expressive face has become a TV highlight for plenty of people who have found “Chewing Gum” not only a refreshing look at sex and youth but also at council-house-life in the U.K. The show portrays inner-city life without demonizing it. In one episode, Tracy tries to buy cocaine for a friend, but the much-feared, mythologized drug dealer just happens to be an elderly, white man who also bakes delicious banana cream pies.

“Chewing Gum” is raunchy, brightly imaginative, colorful, full of immense energy and unlike anything I’ve ever seen in a rom-com.

Below are some of the funniest moments in the series. Although this video gives the audience an idea of the aesthetic and feel of the show, however, it still cannot capture the show in all its glory.