“Have a Little Pot” Event Encouraged a Safe 4/20 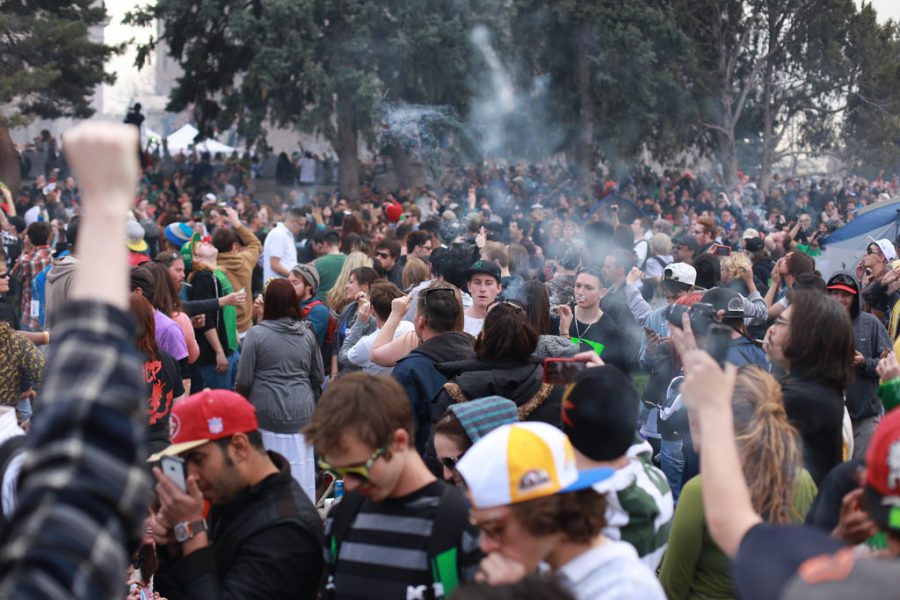 April 20 is a day associated with many meanings – Hitler’s birthday, the remembrance of Columbine’s school shooting, and a day for celebrating ganja! Luckily, we’ll be talking about the latter.

The consensus of research found via Google remains that ganja’s presence on Earth started way before any human generation currently existing on Earth today. Advanced Holistic Health gives a historical timeline of Cannabis history dating back to 8,000 B.C.E!

But Leafly reports all the ‘420’ hype started with the ‘Waldo safaris’ in the 1970’s, where Californian students got high and went looking for hidden pot plants detailed in a treasure map. The term “Louis 420” has been shortened over the decades, and with some help from the Grateful Dead, this reference has become quite popular and is known by practically everyone as a reference to marijuana.

Furthermore, with the assistance of legalization, 4/20 is gaining some ground as a holiday. In our mile-high home of Denver, the world’s largest 420 rally has been taking place in Civic Center Park outside the capital for seven years and counting.

With so much enthusiasm, festivities, and of course more ganja consumed than any other day of the year, this makes for a perfect opportunity to revisit and reiterate practices that could keep all consumers enjoying their day of giggles.

Such was the goal of Student Life events this week: the ‘Drunk Goggle Mario Kart’ and ‘Have a Little Pot’ events were hosted in ACC’s 2nd-floor student lounge on April 17 and 19 respectively by Holly Adinoff, Coordinator of Student Organizations, the Law Enforcement Academy and Campus Police.

Students and staff alike were enticed by the pots for planting non-Cannabis herbs, while still others were drawn in by the chips, granola bars, and fruit snacks available on opposite ends of the table. Remarks about various consumption methods, amount of consumption, and having it around campus (sorry, it needs to stay at home), were less than a few minutes in length, but a consensus was formed – people love their herb in many ways and they deem it non-lethal!

A Veteran Stoner’s Input:
I wish to see everyone who feels the desire to indulge in ganja to have the opportunity to do so in a safe-enjoyable manner. As an 8-year-veteran and daily consumer of ganja I would like to impart my own final tidbits of advice – gathered from that eight years of personal experience and other’s stories along the way.

First and foremost, marijuana is a plant that naturally grows from the ground. Most people can both enjoy and benefit from the plant’s properties; however, marijuana can lead to a person feeling anxious/paranoid if too much is consumed too quickly – or you are a little on edge about using. Thankfully, you will not die or severely harm yourself from over-consumption!

If you do choose to consume marijuana remember your reactions are in a stowed state. It is never a good idea to get high and get behind the wheel of a motor vehicle – Denver has great public transportation and walking paths to choose from instead. Just ensure you keep the ganja away from those under 21 years of age and away from federal grounds.

As a first-time or non-regular user it may be tempting to eat half of a 100 mg brownie or smoke a whole joint to oneself then go for another shortly after because you want to really feel the effects. Even if you think that edible “isn’t doing anything,” It’s best to take consumption slow and know your limits! Along these same lines, it is very likely that those you see consuming larger quantities are daily or frequent consumers. Comparison and competition with their consumption abilities is an easy way to get freaked out later on.