A New Phase of the Syrian Civil War 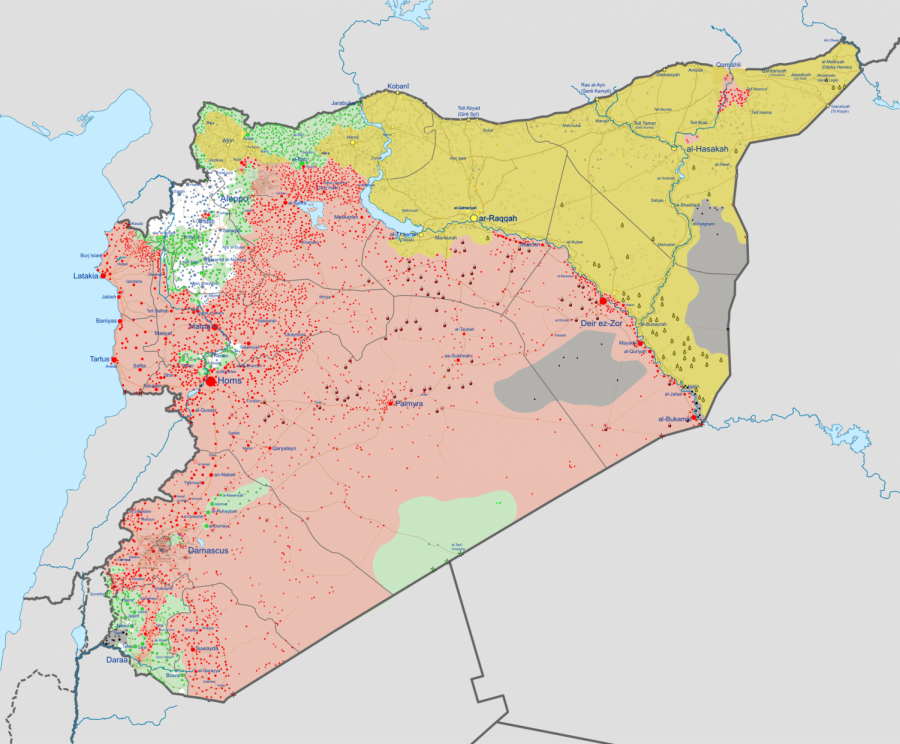 Many Americans might be surprised to learn that the US has boots on the ground in Syria. They are there as “military advisors,” as trainers, forward air observers, and embedded special forces.

America’s involvement began in 2014 with airstrikes against Deash (ISIS). The US had no ground forces in Syria back then. Greater emphasis was given to Daesh’s advances in Iraq.

Beginning in late 2016 Iraq was put on the back burner in favor of Syria. Iraq was pushing back Daesh successfully, but American efforts in Syria weren’t matching up.

This is when the US increased their assistance to the Syrian Democratic Forces (SDF). With help from the Peshmerga (Iraqi Kurdish Militia), the SDF became a major player in the Syrian conflict.

Events in Syria moved fast in 2017 with the inevitable doom of Daesh. America had to secure their geopolitical position in the Middle East. During this time the official number of US troops in Syria was 503.

9th: The US sends an additional 400 troops with artillery to support the SDF assault on Raqqa, the Daesh Capital.

6th: The Battle for Raqqa begins led by SDF forces with US artillery and air support.

17th: Victory in Raqqa is declared by SDF and US reports.

31st: US Major General may have accidentally claimed 4,000 US troops in Syria. He was corrected with saying 500.

24th: New reports begin to speculate when the pentagon will announce the true number of American troops in Syria being 2,000.

30th: The US removes the 400 troops that assisted in Raqqa.

6th: The Pentagon acknowledges that the real number of US troops in Syria as 2,000.

9th: Iraq declares victory over Daesh, and the end of combat operations.

17th: Rex Tillerson announces an open-ended US presence in citing various points for an American resolution to the conflict.

21st: Turkey attacks Kurdish fighters in Afrin, a town along the Turkish-Syrian border, in a broader Turkish presence in the conflict.

The last year of the war brought US troops further into Syria. The SDF holds all territory east of the Euphrates river, nearly a third of the country.

US troops number in the thousands. Rex Tillerson announced that the American military presence is now permanent and open ended.

The US is now facing attacks by non-terrorist participants. The proxy war is running out of proxies, and Syria is becoming a potential powder keg for escalation.

The American people have to remember Syria is still in conflict even with the defeat of Deash, and the news fading from the headlines.